Let's not surrender Englishness to the far right. 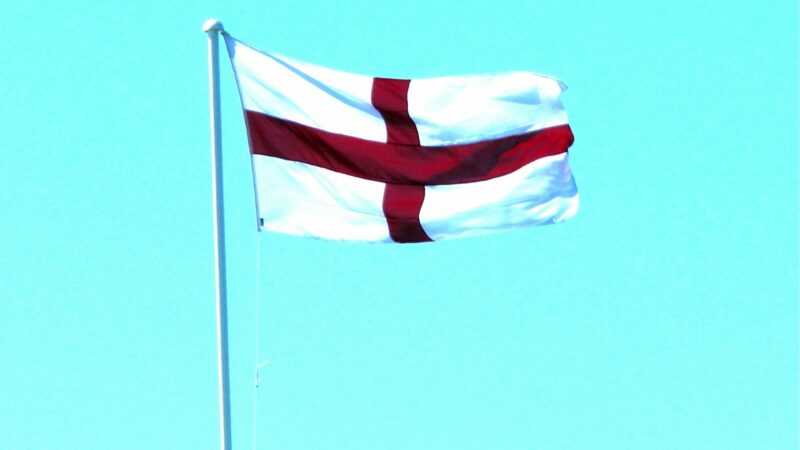 St George’s Day is the one time each year – outside of major tournaments – that those on the Left ever stop to think about English identity.

Even then, we do so very little. Common contributions to the debate include: “What is ‘Englishness’?” “Why does it matter?” and “National identities don’t exist – they are a meaningless social construct”, or words to that effect.

Some see national borders as wholly unnecessary constructions that limit human liberty; others worry that national communities subordinate minorities. Plenty more only want to talk about economic issues. Whatever the reason, few on the Left seem to have any particular attachment to their national flag.

The trouble – at least for a Labour Party that wants to get elected and form a government – is that most people in the UK do feel a strong sense of national identity. For some that is Britishness, for others it is Scottish or Welsh, or Indian, French, Pakistani and so on. And of course, for many, that nationality is Englishness; 80% of England’s population “feel strongly English.”

Let’s be clear. National identities do exist. They are a social construct, but they do matter and they are real. They do not need to be oppressive. In fact, they can be enormously positive.

Nationalities are national stories that develop over time, and the most successful Labour Party leaders have recognised the power of patriotism in shaping a progressive agenda, with Clement Attlee and Tony Blair each in different ways galvanising support for change through the language of nationhood.

The Coronavirus crisis will undoubtedly reshape our collective story, but just how much and in what way is yet to be seen. Are we a nation that instinctively pulls together in tough times and supports our neighbours? Do we recognise the crucial importance of state intervention and redistribution? Do we believe that our country’s best interests are served through international cooperation?

These stories that we tell will shape the national psyche for a generation, in much the way the so-called post-war consensus was an argument won by Labour and the austerity narrative post-2008 crisis represented a victory for the Tories. The post-Coronavirus narrative is all to play for.

In Scotland, a relatively healthy civic nationalism has developed around the idea that Scottish identity belongs to everyone that lives there.

While Labour may want to embed a greater sense of unionism north of the border, it is in England – and to a lesser extent Wales – that the scope for the Left to shape our national story is far greater.

In England, identities increasingly reflect worldviews. Those who identify as ‘more British than English’ are the people in power in England; the graduates who lead the way in corporate business, much of politics, the media and academia. They typically backed Remain in the 2016 referendum.

But those who identify as ‘more English than British’ are distant from power. They tend to live outside the cities, have spent less time in education, are older and feel more patriotic. The ‘more English’ block voted for Brexit. They haven’t voted Labour since 2001, and they delivered Boris Johnson his 80 seat majority in December.

The English actually often swing left on ‘classic’ economic issues like tax-and-spend, but the divergence between Labour and English-identifiers has ultimately been around the issue of globalisation, and the feeling that the fast-changing world hasn’t benefited them.

For the avoidance of doubt, ‘Englishness’ should certainly not be equated with ‘whiteness’. Studies show 90% of English people believe that you don’t have to be white to be English (up from 80% since 2012.)

If you want to find a far-right racist version of Englishness you certainly can, but it is certainly not the majority view. Englishness is a contested nationality, and one that the Left should not be surrendering to the far right.

The Covid-19 fall out will be an opportunity for Labour to both re-engage with the English, and to help shape the English national story for the years ahead. So what might this look like?

Firstly, Labour will rightly want to win an argument for international co-operation over isolationism, as the UK can’t fight global challenges like pandemics, terrorism or climate change on our own.

But if Labour wants to gain the ear of the English the party needs to avoid reverting to the hyper-globalisation of pre-2016 – which closed down workplaces, ripped up high streets and agglomerated wealth, power and opportunity in the major cities.

Boosting our manufacturing capacity and building a more resilient economy that recognises the incredible contribution of the working class – in all its diversity – will be a start.

Secondly, Labour must champion English democracy. During his campaign, Keir Starmer put forward proposals for a constitutional convention as a route to a more federal Britain. Bringing people closer to power is a positive step, but Labour should be wary that those who feel strongly English tend to want at least some governance at an English level.

Thirdly, Labour must do a lot better than the Conservatives in remembering to “say England”. The UK government’s attempts to offer clear advice during the pandemic have often fallen short. The 5pm daily press conferences seem to consist of two NHS England leaders flanking a UK minister, giving out information to the whole UK which is often only relevant to England! The information is a real mix of UK-wide and England-wide advice.

For the moment Labour must focus efforts on helping people get through this current crisis, and be constructive in its approach. But as we come out the other side, Labour will have the opportunity to shape England’s national story for the years ahead. It is conversation we must have, and an opportunity the party cannot afford to miss.

Joe Jervis is a co-founder of the English Labour Network