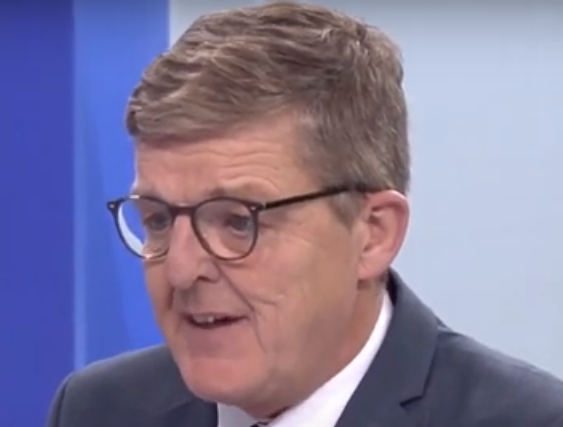 The secretively-funded Taxpayers Alliance think-tank has labelled Public Health England “bloated” in an email to supporters.

The think tank’s “grassroots campaign manager” Harry Fone called it a “bloated agency – financed to the tune of £4.5 billion of taxpayers’ money ever year”.

The Taxpayers Alliance has long campaigned against Public Health England which it sees as part of the “nanny state”.

Public Health England was set up in 2013 and is tasked with improving the nation’s health.

The Taxpayers Alliance email criticised these measures in its email. “For too long, they’ve focused on lecturing the public about what to eat and drink,” said Harry Fone.

Coronavirus causes breathing problems and research shows smokers are more likely to get the disease and to die from it.

Obese people are also more likely to die from coronavirus. One of the government’s leading coronavirus experts, Professor Neil Ferguson, has recommended people lose weight so that they have a better chance of survival.

According to analysis by the IPPR think tank, the amount spent on public health services decreased by £870m between 2014 and 2019.

Alex Norris said: “Public Health spending makes a critical difference to our communities. This is spent primarily by local authorities on crucial, evidence-based local interventions around tackling substance abuse, reducing smoking, helping children get the best start and improving sexual health. The rest is spent nationally to protect our health from things like COVID-19. It is unthinkable that we would reduce this during a global pandemic.”

The Taxpayers Alliance was criticised recently after it called for “spending restraint” to pay off the government debts run up dealing with the coronavirus.

The group has also campaigned against clean air measures and has refused to diclose its funding sources.

In November 2018 the Guardian revealed it had received US$100,000 from a billionaire-funded religious trust incorporated in the Bahamas.