The move came just before Jeremy Corbyn called on the next UK Labour leader to reject a 'government of national unity'. 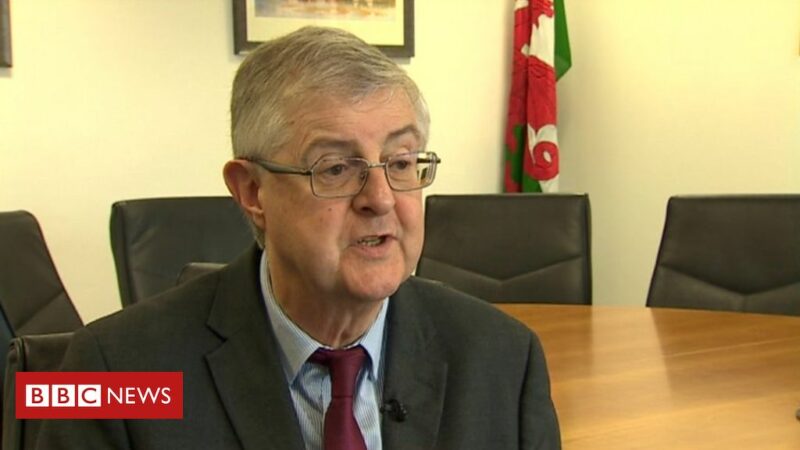 The Labour-led Welsh government have asked the Conservatives to join a key Cabinet group planning the administration’s coronavirus response.

The move was announced on Wednesday by First Minister Mark Drakeford – a left-winger seen as an ally of Jeremy Corbyn.

The Cabinet COViD group meets weekly, receiving reports of the latest developments from the chief medical officer, the chief executive of NHS Wales, the emergency co-ordinating centre and the Welsh Local Government Association.

In a statement, the First Minister told Assembly Members: “In recognition of the uniquely serious position we face, I have invited the leaders of the Welsh Conservatives and Plaid Cymru to join that group. I’m very grateful to both Paul Davies and Adam Price for accepting that invitation.”

Paul Davies AM – leader of the opposition Tories – told the chamber: “I’m of course happy to take part in these discussions…[though] should they interfere with the scrutiny of the Government’s work then I’ll have to reconsider my role in attending them.”

Joining the team, Adam Price AM said the pro-independence Plaid Cymru would always seek to work “co-operatively and constructively with others” – particularly in a time of “unprecedented crisis”.

Mr Price said his membership of the group would be an “invaluable forum” for his party to raise “valid questions and real concerns” with the Welsh Government and would be offering “practical ideas and solutions” as well.

The Plaid Cymru Leader said this would not “hinder nor hamper” his nor his party’s ability to scrutinise but would “further facilitate” such scrutiny, adding that Plaid Cymru’s priority would always be the “well-being of the people of Wales” and ensuring the country overcome the crisis.

While the COVID Cabinet group does not have any formal voting powers, the move to involve other parties by Welsh Labour reflects the scale of the crisis.

There is a limit of 14 ministers written into the Government of Wales Act – meaning a formal ‘government of national unity’ in Wales would involve sacking Welsh Labour AMs to make way for a Conservative or Plaid Cymru member. Welsh government figures say it wouldn’t make any sense to have that upheaval during a crisis.

In awkward timing, Jeremy Corbyn has used his first ever Telegraph interview to urge the next Labour leader – widely tipped to be Keir Starmer on Saturday – not to join a national unity government amid the coronavirus crisis.

On Wednesday, the Prime Minister’s official spokesman responded to the Labour leadership vote closing, in response to a question from Left Foot Forward.

“The PM will want to have good and cooperative relationship with the leader of the opposition when they take up their post,” the PM’s spokesman said – noting that Labour worked closely with ministers on the emergency coronavirus legislation which was passed swiftly before recess.