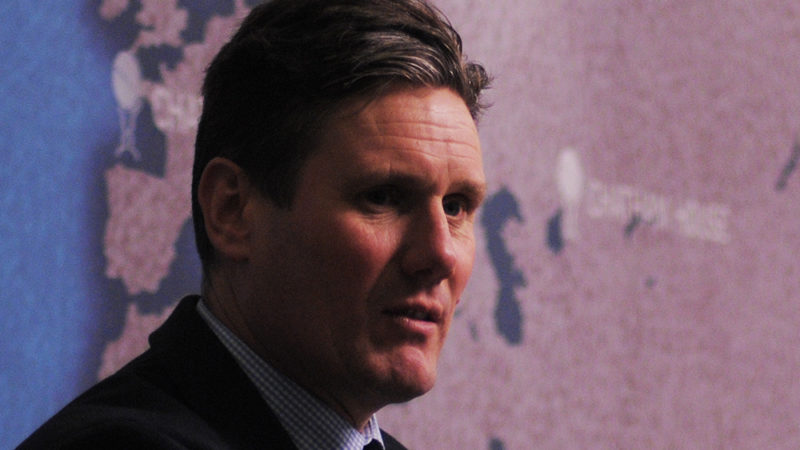 On Saturday April 4, the Prime Minister wrote to all opposition leaders inviting them to ‘work together’ to address COVID-19. Since then speculation has been mounting about whether a government of national unity will be formed.

A You Gov poll, conducted shortly after Keir Starmer was announced as leader of the Labour Party, indicated that almost two-thirds (63%) of the public would back a government of national unity. Only 17% were opposed – with a diminutive 7% ‘strongly opposed’ – and the remaining 20% ‘unsure’.

In an interview on Peston last week, the new Labour leader also refused to rule out the idea of participating in a Covid coalition government. A senior ally of Starmer told the FT last week that he would find it “hard to say no” if joining a national government was offered.

The idea of being in government may seem tempting to Labour after a decade out of power. But history suggests that this would be a huge error.

The 20th century provides two examples of unity governments composed of Conservatives, Labour and Liberals: the National Government formed in 1931 during the Great Depression, and Churchill’s wartime coalition in 1940.

The general election of 1929 returned a hung parliament in which Labour was the largest party, taking power as a minority administration with Ramsay MacDonald becoming PM for the second time in a decade.

Initially, Britain was not as adversely affected by the Wall Street Crash as other nations but by August 1931 our luck had run out; there was a run on the pound and much speculation that a balanced budget would be impossible.

The Labour Cabinet was irreconcilably split over the findings of the May Report, which recommended swingeing cuts to public expenditure and welfare, and by August 24, 1931 the Labour government had resigned.

In response, King George V called a meeting of the leaders of the Labour, Liberal and Conservative parties and urged them to form a National Government headed by MacDonald. Another general election was then held in October which produced the largest landslide in British political history, the National Government winning a total of 556 seats and a Parliamentary majority of 500.

It was a disaster for Labour, which was reduced to a rump of 52 MPs and would be locked out of power until 1945

The wartime coalition was a different beast altogether, with Labour treated as equals from the outset. Labour leader Clement Attlee and his deputy Arthur Greenwood were part of the five-man War Cabinet that made up Churchill’s inner circle. Labour Ministers, meanwhile, dominated the domestic front, with Ernest Bevin in charge of the Ministry of Labour and National Service and Herbert Morrison as Home Secretary.

Only foreign policy and military strategy remained for the most part under the direction of Churchill and other Conservative ministers.

It is unlikely that the Conservatives would offer the new Labour Shadow Cabinet any positions of real power. This is because they simply don’t have to – they have a very comfortable majority of 80 and can do as they wish. A case in point is the Coronavirus Act 2020 which passed through Parliament, albeit with a few amendments, with relative ease.

With this in mind, it is hard to see any offer to Labour to join a unity government through any other lens than one of political calculation. It would be an attempt by Johnson’s government to neutralise opposition in the short term and a backside covering exercise in the future.

Once the dust settles after the COVID-19 pandemic there will likely be searching questions about how the UK government handled the pandemic, especially in the early weeks of the crisis.

The public, a large number of whom will have lost friends and loved ones, will want to know why Britain wasn’t able to follow the trajectory of Austria or Germany when it came to the number of Coronavirus cases and deaths. When that time comes, it is important to have a robust opposition able to lead the call for answers.

So far Labour have broadly been getting the balance right, asking probing questions about testing and PPE without appearing as if their main preoccupation is scoring points. They should continue down this track and not be seduced by the promise of ministerial cars.