These are some of the holes in the government policy. The government needs to act swiftly to the low-paid, self-employed and homeless and also needs rules to prevent abuses. 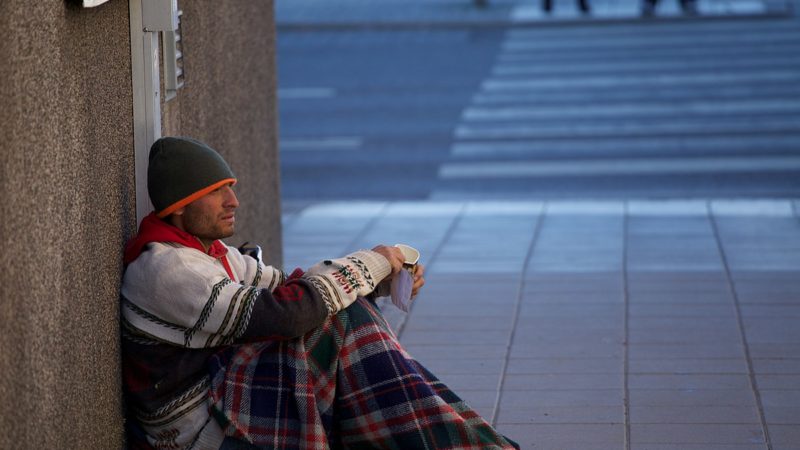 The UK government’s response to the economic consequences of the coronavirus pandemic has been disjointed. A good example is last week’s announcement that government grants “will cover 80% of the salary of retained workers up to a total of £2,500 a month”.

This late conversion to helping people to pay their bills and thereby keep businesses afloat is most welcome, but there are omissions that require urgent attention. Some examples:

There is little help for the UK’s five million self-employed people working as carpenters, electricians, diggers, gardeners, tax drivers, self-fillers, cleaners, home helps, sole traders, owner managers and freelance journalists. The only help offered by the government is that “every self-employed person can now access, in full, Universal Credit at a rate equivalent to Statutory Sick Pay for employees”.

The Chancellor said: “I’m strengthening the safety net for self-employed people too, by suspending the minimum income floor”, a measure used by the Department for Work and Pensions to calculate the amount of Universal Credit. There are complex conditions.

The Statutory Sick Pay (SSP) is £94.25 per week. Even if someone goes through he hurdles of claiming the Universal Credit, they will only receive about £400 a month.

As the government is committed to providing the wage subsidy through HMRC, it could adopt an alternative approach. The income of the self-employed often fluctuates. HMRC could estimate average annual income and then apply the 80% test and £2,500 ceiling.

The government proposals hit the poorest the hardest. The current rate of the national minimum wage (NMW) for a 25-year-old is £8.21 an hour rising to £8.72 an hour from 1 April 2020. Many on and around the NMW will only receive 80% of their normal wage unless their employer pays the other 20%. If employers do not do that, the poorest workers face a wage cut of 20%. The government guarantee needs to cover 100% of the NMW. This could be done by to establishing a floor for the wage subsidy or a Universal Basic Income (UBI).

The government’s wage support does little for 320,000 homeless people in the UK, many of whom may be outside the tax net altogether. A UBI would help them.

The current tax free personal allowance for the purpose of income tax is £12,500 a year. Some 42% of adults have an income below that threshold. The low-paid often do not submit tax returns and thus cannot be helped by a subsidy administered by HMRC. UBI is the best way to help them.

The government scheme only helps employees on payroll at 1st March. This does not offer any help to those who were made redundant just before that or persuaded to take unpaid leave before the Chancellor announced the wage subsidy of 20th March. An equitable solution would be for employers to withdraw the redundancy notices and unpaid leave.

The wage subsidy is not accompanied by any obligations upon the employers and is open to abuse. It could have considered a range of options, including requiring employers to pay 20% of the wage, a promise not to cut staff for the next 12 months or change their employment rights, a curb on executive pay, or a requirement to have employee-directors on boards so that employee interests are explicitly taken into account in the post coronavirus period.

The wage subsidy needs to be accompanied by curbs on dividend payments so that corporations preserve their cash flows to aid survival and recovery rather than using the public resources to enrich a few. Amidst the crisis, on 20th March or earlier, EasyJet paid a dividend of £174m whilst putting staff on unpaid leave. Some £60m went to its co-founder Stelios Haji-Ioannaou. It is hard to reconcile public subsidies with lavish dividends.

Many workers on low pay face wage cuts but are required to pay 100% of their rent, and other bills. There are numerous regional, class, age and income/wealth inequalities, but around 7.5m workers have no savings to fall back on. They can be evicted for non-payment of rents. The government needs to enact legislation to prevent evictions for rent arrears. It also needs to freeze, reduce or waive utility bills for the duration of the crisis.

These are some of the holes in the government policy. The government needs to act swiftly to the low-paid, self-employed and homeless and also needs rules to prevent abuses.