Where are Labour and the Lib Dems? 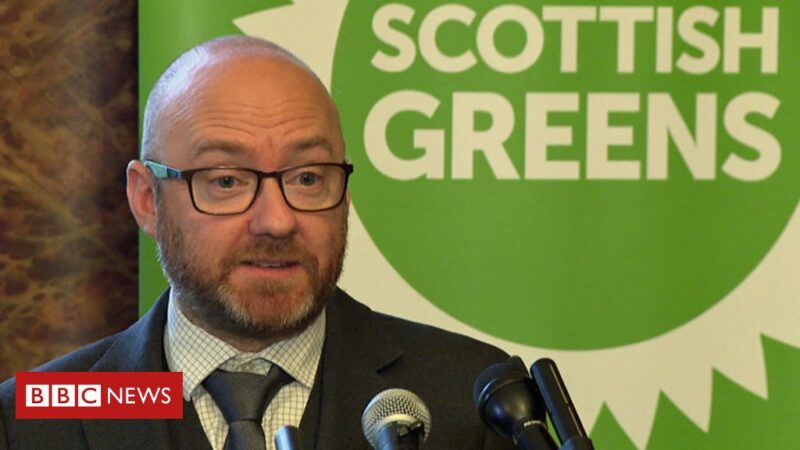 The news that the Scottish Government managed to successfully pass a budget is unlikely to have surprised anyone. Nobody really wanted another election, so the annual ‘will they or won’t they’ ritual felt typically hollow.

However, like many of the budgets that preceded it, this one shows the huge and positive influence that a small number of MSPs can hold, while exposing the impotence and lack of ambition that characterises too much of Scotland’s opposition.

This year’s budget was the fifth one in a row to be passed with the votes of the Scottish Green Party, who in exchange for their support, secured extra money for environmental services, reduced the impact of cuts to local government and police, and, perhaps most significantly, won free bus travel for anyone aged 19 or under.

It’s not the first time that the Greens have negotiated headline-grabbing concessions, with extra fundraising powers for councils in 2019, a pay rise for public sector workers in 2018 and tax reform in 2017. Despite improvements, critics will say that this budget still cuts local services and is probably not be one that can be described as a living up to the challenge of the climate emergency.

However, the changes won by the Greens are significant and, with all things being as they are in terms of parliamentary balance, it was never likely to be any better than it now is. All in all, it’s not been a bad set of negotiations for a party with only six MSPs.

But the main thing that jumps out from the annual horsetrading isn’t necessarily the negotiating skills of the Green Party (although they are clearly worth highlighting). Rather, it is the absence of any meaningful policy wins for the other progressive opposition parties over the course of these negotiations or in fact over this entire parliamentary term.

For the first eight years of devolution the Liberal Democrats had Ministerial cars and a high influence, but, since 2011, they have been stuck on only five MSPs. Despite their flacid electoral performances and political hollowing, they have still managed to punch below their inconsiderable weight, with no notable parliamentary wins or concessions to write home about in that time.

The picture for Scottish Labour is not much better. Over the last ten years it has been in a state of free-fall. It’s position has deteriorated from being the natural party of government into a poor and distant third place. Every time it feels like the vote has bottomed out in seems to fall even further, with current polls showing it on route to yet another record low.

At least there are some positive signs for Labour’s future, a silver lining that can’t really be applied to the Lib Dems. The shadow health spokesperson, Monica Lennon, in particular has led the way with her recent bill to make sanitary products free. But even on the most optimistic of days there is little sign of any meaningful recovery between now and the next election.

Would either party be in a worse position if they had used the budget processes of the last few years to negotiate in good faith and pick-up some positive policy wins? Has either party really benefited from their current approach of perpetual opposition?

It’s not that parties are obliged to support government budgets, far from it. But if budgets are going to pass then why not use them as a platform to fight for Popular policies that make people better off and help them to recognise the difference that voting for their party can make?

When it comes to the next election and people on the doorstep ask the simple question of ‘what have you achieved for me in parliament?’ then what will they say? Meanwhile, the Green Party will be able to point to a big list of things that would not have been possible without their support. Their message will be a clear and positive one: ‘we achieved this with just a handful of MSPs, think about what we could do with far more.’

One of the benefits of a proportional electoral system is that in theory it leads to better decisions by forcing parties to compromise, work together and reach a consensus that is more representative of the electorate. It obviously doesn’t always work like that, but it provides an opportunity for those that are willing to push for it and take it.

2020 will be a rare year-off for the Scottish electorate, but 2021 will see the most crucial election to date for Holyrood. Current polls are showing a pretty even split on attitudes to Scottish independence, but they are also pointing to another SNP win, a record result for the Greens and another small parliamentary majority in favour of holding an independence referendum.

Scottish politics is about to enter a major state of flux, with the Salmond trial starting next week and lots of other big unknowns. Many things can change between now and next May. But, as things stand, it’s not impossible that the entire future of Scottish politics and the UK’s constitutional future could be shifted by the votes of grateful teenagers and their parents thanking the Greens for last week’s free bus win.