The climate crisis isn’t just a question of social and environmental justice, it’s increasingly becoming one of human security. 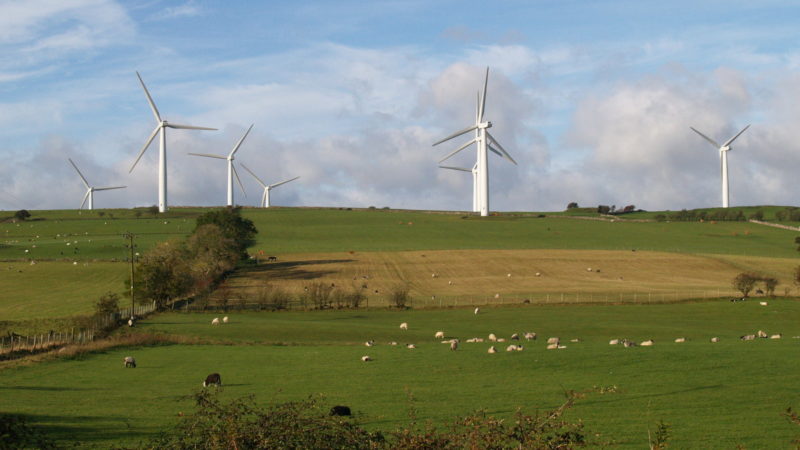 To provide security for the nation and its people is often described as the “first duty of government”. This platitude is too often lazily used to justify higher military spending.

Rarely are the deeper questions asked: what is security? Security for whom, and from what? What really threatens security, and what are the best ways to guard against these threats?

The UK and its neighbours face no threat of conventional military assault. Rather, strong military forces are typically justified on the grounds of the need to fight terrorist groups and intervene in crises overseas, and to project British power and influence around the world, maintaining our status as a “great power”.

But the UK’s military interventions this century, in Afghanistan, Iraq, Libya, and elsewhere, have had a terrible humanitarian cost, as well as an overwhelmingly disastrous impact on peace and security, most of all for the peoples of these countries and their neighbours, but also on the threat of terrorism in the UK.

As for the time-honoured notion of the UK being a “great power”, it has become an increasingly distant prospect used to justify dangerous and reckless foreign policy decisions.

In any case, no plausible causal link has been proposed as to how the ability to sail aircraft carriers round the Pacific will increase the peace, freedom, security, or prosperity of the UK and its people, or anyone else.

The real threats to human security are, for the large part, not ones that can be addressed by military power: these include disease, natural disasters, growing inequality, exclusion, and alienation.

While the programs for Trident replacement and new large aircraft carriers steam ahead, the “first dusty” of government singularly failed the residents of Grenfell Tower or those being impacted over recent weeks by floods.

There can be no doubt that the number one threat to the security of people in the UK and worldwide is the unfolding climate crisis. In the west, this means even more of severe flooding we have seen in the UK and unbearable heat waves in Europe. It will also mean more devastating fires in Australia.

In the majority world, this means ever-more deadly natural disasters, crop failures, loss of water supplies, desertification, and resulting mass displacement of peoples and increased threat of conflict. These effects will get far worse over time, even if effective climate action begins now.

The government pays lip-service to the need to combat climate change, and has adopted the target of achieving net-zero greenhouse gas emissions by 2050, but it has failed to commit anywhere near the level of resources required, or adopt the policies necessary to get there. Furthermore, it has no plausible plan for doing so.

Last year, the Government’s Committee on Climate Change estimated that the cost to the UK of achieving net zero by 2050 would be between 1-2% of GDP, with a central estimate of 1.3%. Yet while no efforts are made to meet this very affordable challenge, 2% of GDP is considered by mainstream politicians – including all 3 main UK-wide political parties – to be the absolute minimum that must be devoted to military force.

Last September, a coalition of NGOs called on the government to increase annual spending on “climate and nature” from £17 billion to £42 billion; a call that was ignored in Whitehall. Meanwhile, according to figures supplied to NATO, UK military spending was £46 billion in 2019.

This represents a grossly distorted set of priorities and allocation of resources, a comes from a fundamentally flawed view of security, that prioritises military power.

At present, the government is in the process of compiling a new Strategic Defence & Security Review. This will set out the government’s approach to national security. Recent media reports suggest that there are splits between Downing Street and the military establishment in relation to military spending priorities. Boris Johnson’s notorious special adviser, Dominic Cummings is apparently particularly sceptical of the decision to spend £6.2 billion on building new aircraft carriers.

Scrapping the carriers would be a good start, but the UK should be moving towards a vision of sustainable security, one that focuses on the real threats to human well-being, recognizes the interdependence of security for people around the world, and ensures that our economic systems remain within the bounds set by nature.

Above all, the national security strategy must be one that places climate change at the front and centre. Mitigating its impact must be regarded as the “first duty” of government. This can only be done by finally abandoning the tried, tested and persistent delusion that the UK can bring peace and security to the world through expensive weapon systems and military interventions. Yet, even as we stand on the cusp of an irreversible climate catastrophe, government is failing to act.

Fabian Hamilton MP is hosting a meeting to discuss Sam Perlo-Freeman’s new report on Tuesday 3rd March, from 11.30am to 1pm in Room C, 1 Parliament Street.

Dr. Samuel Perlo-Freeman is Research Coordinator at Campaign Against Arms Trade (CAAT). His new report, Fighting The Wrong Battles – How Obsession With Military Power Diverts Resources From The Climate Crisis, is published by CAAT.