What has led to us stockpiling hand sanitiser? According to accounting expert Prem Sikka, it's 40 years of Thatcherism. 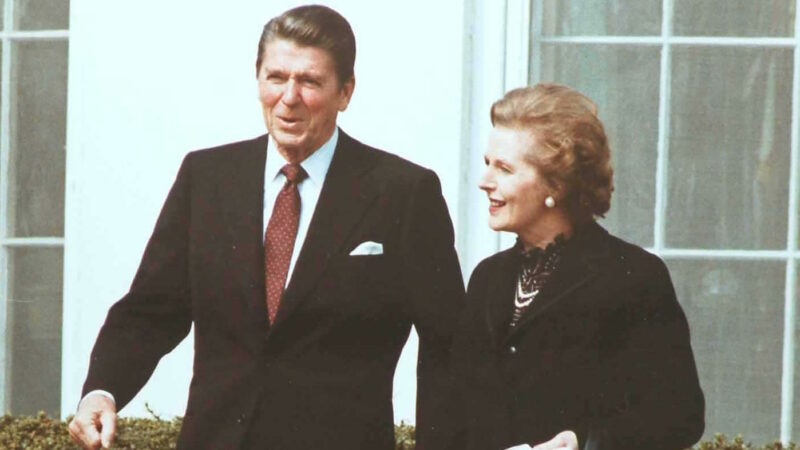 An insidious aspect of the current coronavirus epidemic is panic buying of food, hand sanitisers, canned food, toilet rolls and essential items. Why is this happening, especially in a country which prides itself on bulldog spirit?

Stockpiling may provide a sense of security, but most animals do not hoard. Educated people who consider themselves to be rational are engaged in panic-buying and hoarding which will inflict hardship on others, and ultimately they themselves will become victims of the very shortages that they are trying to avoid. This irrationality is the triumph of individualism, which has dominated the British political culture for the last forty-five years.

Human beings flourish in social contexts and kinships. Just think of the inner satisfaction and glow that we feel when we care for a loved one, help a stranger, or build communities. A sense of collectivism and social kinship is the foundation of the welfare state. Nevertheless, there is a recurring tension between collective and individual interests.

These tensions became the subject of writings by Friedrich von Hayek, the 1974 Nobel Prize winner in economics. He argued that human freedoms are maximised when institutional frameworks prioritise private property rights, individual liberty, free trade, unencumbered markets and a minimalist role for the state. Such philosophies provided foundations for what became known as neoliberalism.

Some may be inclined to dismiss abstract ideas but they enrol people, especially when promoted by think-tanks, media and universities. As John Maynard Keynes put it: “The ideas of economists and political philosophers, both when they are right and when they are wrong are more powerful than is commonly understood. Indeed, the world is ruled by little else. Practical men, who believe themselves to be quite exempt from any intellectual influences, are usually slaves of some defunct economist”.

Soon neoliberal philosophies became the centrepiece of political ideologies championed by US President Ronald Reagan (1981-1989) and UK Prime Minister Margaret Thatcher (1979-1990). Neoliberalism not only informed the economic and social policies of governments but also provided everyday understandings of what it means to be happy and successful. It reconstructed nations, communities and individuals as competitive beings engaged in the endless pursuit of private wealth, material goods and consumption, which would somehow lead to an increase in affluence and happiness. The mass hoarding of essential items is just one consequence of individualistic competition, or “I am alright Jack” philosophy promoted by neoliberalism.

The Thatcher years made the making of money at almost any cost acceptable. Social norms were swept aside and little attention was paid to the consequences. Anyone going against the dominant ideology was looked upon with suspicion and silenced. This incubated the 2007-08 banking crash, especially as the 1980s liberalisation of the finance industry was accompanied by light regulation. In this vacuum, bankers engaged in reckless speculation and risk-taking. They developed new financial instruments in the race to secure higher performance-related pay. The association between material goods, consumption and happiness meant that there was no limit to acquiring more and more wealth, even if it could not be spent.

Some securities traders, corporations and bankers got rich beyond their wildest dreams, but there was no regard for the consequences. Governments mesmerised by neoliberal values did nothing to constrain speculators. Then it all crashed and the ripples affected every sector of the economy. Governments bailed out banks and it ushered in never-ending austerity which eroded workers’ wages, living standards and public services. Even the beneficiaries of reckless risk-taking wondered why their jobs disappeared; their families had a longer wait for hospital treatment or how their pursuit of riches resulted in a lower expenditure on police and increase in inner-city crime. Perhaps, they never really connected the dots.

Tax avoidance has always been with us, but the ascendancy of neoliberalism has accelerated it. Corporations, accountants, lawyers and finance experts design complex corporate structures with the aim of avoiding taxes. This enables corporations to report higher profits, shareholders collected bigger dividends, executives collected bumper pay packets and designers of tax avoidance schemes to collect exorbitant fees. The riches for individuals have been accompanied by woes for society. Tax dodging depletes the public purse and prevents elected governments from redistributing income/wealth and delivering public services mandated by citizens. The beneficiaries of tax avoidance complain about lack of investment in education, healthcare, transport, security, pensions and other essentials, but there is little realisation that unbridled individualism is the author of their and society’s misfortunes.

The coronavirus pandemic shows that we rely on society for our health and wellbeing. We all depend on each other. No individual on his/her own can fight the pandemic. This should encourage reflections on cultural faultlines which for far too long have promoted unbridled individualism as the dominant ideology. This has not brought social stability or happiness to the masses and is now threatening the supply of food and essential services.