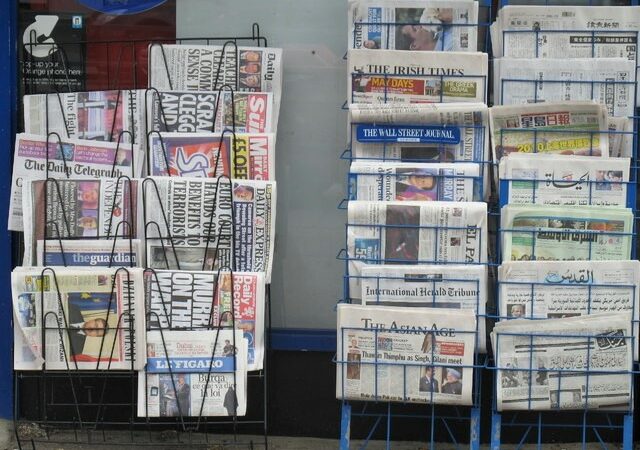 A sense of public duty and freedom of the press are considered to be vital for the health of liberal democracies.

The press is supposedly devoted to pluralist perspectives and exposing all that governments and wealthy elites routinely would like to sweep under the rug.

But does the media truly value this responsibility?

The 2019 general election campaign saw much of the media systematically cover the Labour Party’s leader in a negative light, often with little/no discussion of the policies. Hostile press coverage aimed at Labour in December’s election was more than double the intensity found during the 2017 vote, according to a study reported by the Independent.

Events and angles threatening to major advertisers, financial backers and influencers are all too often marginalised or ignored altogether.

Peter Oborne, the Daily Telegraph’s former chief political commentator resigned over what he said was a policy of deliberately suppressing negative stories relating to HSBC, including the latter’s role in allegedly helping wealthy clients to dodge taxes.

HSBC was a lucrative advertising account for the Telegraph. For the paper, Oborne reported, HSBC was “the advertiser you literally cannot afford to offend”.

Craven coverage in the finance industry

The finance industry has a history of mis-selling a variety of financial products, such as mortgages, investment bonds, split-capital investment trusts, precipice bonds, interest rate swaps, self-invested personal pensions, payment protection insurance and pension transfer advice. It has been involved in the rigging of interest/exchange rates, tax avoidance, bribery, corruption and money laundering. The UK has had a banking crisis in every decade since the 1970s, culminating in the 2007-08 crash.

Amidst the stream of anti-social practices, the finance industry is seeking to portray itself as socially responsible by showing how much tax it pays.

Earlier this month, a report by PricewaterhouseCoopers (PwC) claimed that in 2019 the industry paid £75.5bn in UK taxes. PwC audits many of the financial enterprises but here is acting as a PR and policy advocate for the industry, all for an undisclosed fee.

The press release and the £75.5bn figure was dutifully parroted by the Daily Telegraph, Daily Mail, New York Times, City AM, Accountancy Daily (published by the Institute of Chartered Accountants in England & Wales) and many other outlets –without asking any questions about PwC’s conflict of interests.

None seem to have actually examined the report. If they did, they would have noticed that the £75.5bn is not an actual amount. It is extrapolated from a sample of 52 companies. The report adds that “PwC has not verified, validated, or audited the data and cannot therefore give any undertaking as to the accuracy of the study results”.

£42.1bn of the alleged tax contribution relates to taxes collected from customers (e.g. VAT) and employees (PAYE and National Insurance Contributions). These are not directly borne by the industry.

The PwC report is silent on the cash flow boost provided by taxpayers. Taxes are collected and paid by companies to HMRC in arrears. For example, VAT settlement is generally made each quarter and PAYE amounts are paid to HMRC about three weeks after the event. The net effect is that the finance industry effectively received an interest-free loan of £42.1bn, financed by customers and employees, for a period of three weeks to three months.

The report claims that £33.4bn of taxes were directly borne by financial services firms – a claim which cannot be corroborated.

The report makes no mention of the social impact of its anti-social practices,and in doing so exaggerates the finance industry’s contribution to society.

We all remember the 2007-08 bank bailout which ushered in never-ending austerity, the ongoing scandals of HBOS and RBS frauds, forging of customer signatures, mis-selling of financial products,  London Capital & Finance and other corporate collapses.

An independent study estimated that between 1995 and 2015, the UK finance sector cost the UK economy around £4,500bn in lost economic output. £2,700 billion relates to misallocation of resources which have been diverted away from more productive activities of the economy to the finance sector, and £1,800bn relates to the 2007-08 crash and its aftermath.

The skewed reporting of finance and politics more generally is a matter of deliberate choice by the media.

It is a form of censorship, with advocacy for advertisers and political objectives favoured by the elites. The left needs to develop strategies for resistance.