They're cutting more than 500 jobs. 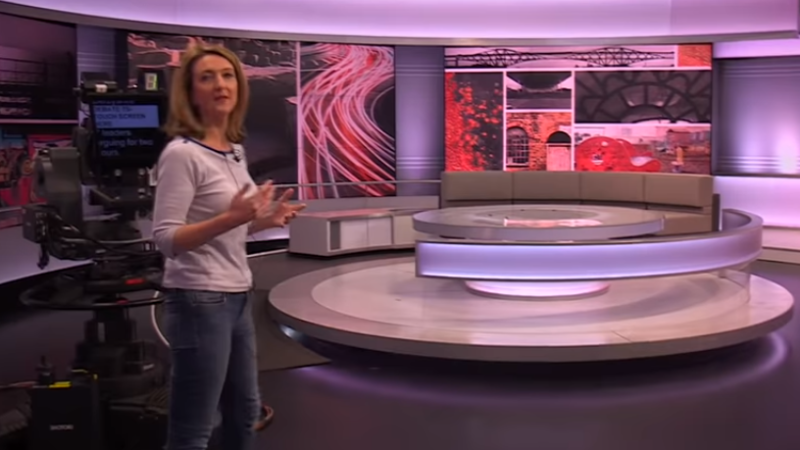 The latest announcement from the BBC brings the total number of job losses proposed in the World Service, radio and News to more than 500.

This amounts to an existential threat to the BBC at the same time the corporation faces an ideological attack from the heart of government.

Following the 70 jobs losses at the World Service, announced at Christmas, a further 380 will go from News and 60 from Network Radio.

The proposed impact on programming includes the closure of the Victoria Derbyshire show, with some roles retained to continue similar digital content under the BBC News brand.

Newsnight will lose 12 posts, halve production of its four weekly in-depth films and reduce spend on investigative journalism. Twelve posts will go at 5Live. There will be more sharing of radio bulletins across the BBC, with a loss of 12 posts. Five news presenter posts will be cut.

There are also plans to fundamentally change the way in which journalism and news programming is created, with further pilots over the next 3 months planned for a new operational model that the BBC estimates will lead to 300 further job cuts.

BBC News division has already made £40m savings and today’s proposals are intended to reach the division’s annual £80 million share of £800million of BBC-wide cuts.

Make no mistake: these damaging cuts are part of an existential threat to the BBC, and a direct consequence of the last disastrous, secret licence fee deal the BBC agreed with the government.

This is before the impact of taking over responsibility for the over-75s licences kicks in. Against this backdrop, the BBC’s very existence is being threatened with public service broadcasting under unprecedented threat.

If the government goes ahead and decriminalises non-payment of the licence fee, we know the impact will be further losses for the BBC of around £200m a year and increased collection costs of £45m.

Such a politically motivated move – dressed up as concern for the mythical imprisonment of vulnerable members of society – will serve to undermine one of the UK’s strongest success stories, emasculating a brand renowned and respected across the globe.

The BBC is the single biggest driver of the creative economies, and a vital part of the British economy. If there is a desire to change the licence fee model, then that should be properly considered and consulted upon, with no changes until a credible alternative is found, one that fulfils the BBC’s public service values and the key principle of universality.

The government should be supporting and properly resourcing the corporation – an organisation that wields significant soft power across the globe – instead of indulging in ideological retribution.

The sad fact is that this is just the latest in a decade of cuts made by the BBC. The proposal for more than 500 posts to go in the next 12 months will put those remaining at the BBC under even more strain, with increased workloads and further workplace stress inevitable.

The NUJ has requested that the BBC provides an Equality Impact Assessment of these cuts and shares it with the unions as soon as possible.

We have major concerns that the new ways of working planned across the BBC’s News Division could lead to a fall in quality and would urge the BBC to ensure they are audience-informed and not audience-led. It is the duty of a public service broadcaster to offer something different rather than simply chasing an audience like their commercial rivals.

The NUJ remains opposed to any compulsory redundancies and urges the BBC to work with the unions in ensuring the staff who are at risk can be redeployed. The BBC’s redeployment policy and processes must be taken seriously and there must be an immediate freeze on external recruitment.

The corporation faces a truly tough time. The NUJ will do all it can to defend public service broadcasting and protect our members’ jobs from these politically-motivated attacks.

And that includes refuting commentary that seeks to link overdue settlements to women who have been discriminated against and unlawfully denied equal pay with job cuts – a crass and ill-informed red herring.

It’s clear that the BBC’s detractors and competitors in the media are scenting blood – we’ve all seen the headlines and read the opinion pieces with unnamed sources dripping poison.

We can all see which way the wind is blowing. The next BBC director general must be a champion for the corporation: someone capable of fighting for this broadcasting powerhouse, and someone able to stand up against any future political interference.

One Response to “Journalists union: The BBC is facing an existential threat”