"Guido Fawkes was so vocal on Labour antisemitism...yet when a Jewish Labour MP says she'd beat up a Nazi they're presenting it as alarming." 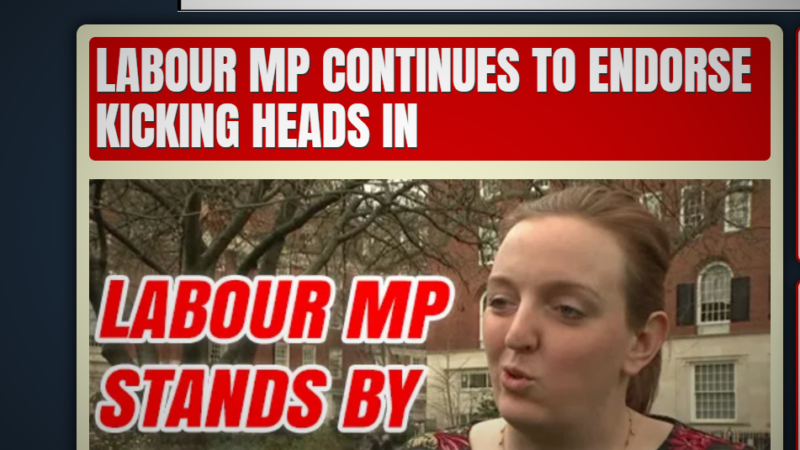 Progressives have condemned a ‘hit piece’ attacking a newly-elected Jewish Labour MP, after she defended the use of force against fascists marching on Britain’s streets.

The Guido article initially describes the ultras simply as ‘Italian football fans’ – rather than racists performing Nazi salutes, ahead of a match in Glasgow last October.

The MP – who is a member of Manchester’s Reform Synagogue – was challenged over her comments on the BBC, but responded by arguing: “Frankly this idea that I should apologise for saying that these people should be dealt with, you know I think sometimes fascism has to be physically confronted.”

Another user said: “Wait until he finds out what our grandparents did to Nazis.”

Several commentators noted that the site has ‘gone downhill’ in becoming a mouthpiece for the hard right:

“Guido has a longstanding record of smearing Labour MPs while being apologists for the Tories who are seemingly resonating a lot with the far-right these days. Attacking a new MP who is also Jewish should then come as no surprise.

“It’s clear Charlotte feels passionate about challenging the rise of the far-right and fascism because of her own family history. For many communities that live in fear of being abused or attacked, it will be reassuring to see her strong stance on such a critical issue.”