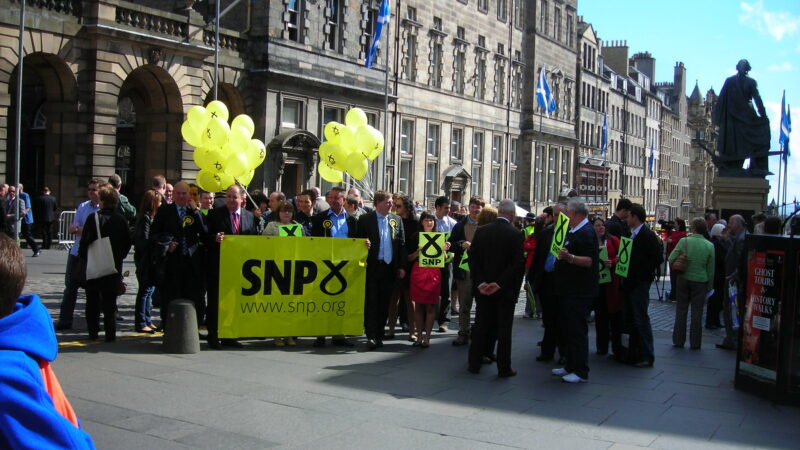 Today the Queen’s Speech will indicate the State Opening of Parliament after the Tories won the General Election last week.

Traditionally, the Queen reads out what ministers have written, detailing the Government’s legislation programme for that parliamentary session. This will happen as usually today at 11.30am, yet some parties have written their own Queen’s Speech as alternatives.

The SNP are calling “on the UK government to ditch their destructive plans and introduce the SNP’s proposals”.

SNP Westminster leader Ian Blackford MP said the party’s ambitious programme to boost the economy, protect public services, tackle poverty, deliver real action on climate change, and respect Scotland’s right to choose is a complete contrast to the Tory Queen’s Speech, which would rip Scotland out of the EU and “take a wrecking ball” to public services, living standards, and the economy.

The SNP have proposed 12 points in their alternative Queen’s Speech.

The SNP won an absolute landslide in Scotland. Winning 80% of seats, they promised Scotland a vote on independence.

The Conservatives, on the other hand, lost more than 50% of their Scotland seats, ending up significantly behind the SNP.

“Yet, Scotland now faces five more years of a hard-right Tory government we didn’t elect, imposing damaging policies we do not want, which would rip Scotland out of the EU and take a wrecking ball to our NHS, living standards and the economy.”

He added: “The SNP Alternative Queen’s Speech sets out our priorities to ensure Scotland’s right to choose our own future is respected, to protect our NHS, end austerity, boost our economy, and deliver real action to tackle the climate emergency.

“SNP MPs will provide the strong and united opposition to the Tories that the country needs, and we will protect Scotland’s democratic right to choose our own future – so we can get on with building a fairer, greener, more equal and prosperous country.”

The SNP aren’t the only ones pushing for the UK government to listen to alternative plans.

The Green Party are calling on the government to prioritise climate issues and make this one the climate parliament.

They have pointed out that the Tory target of carbon neutrality by 2050 is not the world-leading target he claimed it is. Scotland’s aim is to do so by 2045, for example.

So while the Green Party realise Brexit is a very important issue, they are also calling on the government to prioritise the environment.