Can the Greens get their second seat? 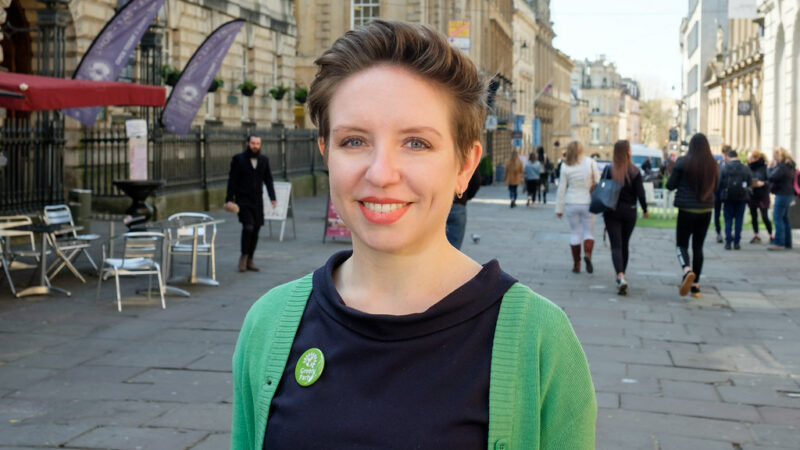 The Green Party says it is going all out to win its second ever MP in this election – hoping that their Bristol West candidate Carla Denyer will join Caroline Lucas in parliament.

A spokesperson told Left Foot Forward that around 120 Green activists visited the constituency over the weekend, joining around 30 local party members in the campaign.

The Green co-leader Sian Berry said: “I’m so excited to be joining over a hundred Green Party activists on the ground campaign in Bristol West. By Sunday night we will have knocked on every single door in the constituency.”

“In a General Election that has been so focused on disinformation and shady online campaign tactics, getting out and speaking to voters on the doorstep is still the most powerful campaign tool that exists. People around here are so receptive of our strong, simple Green message: Yes to Europe, No to Climate Chaos.

“We are throwing everything we’ve got at this seat, and I’m quietly confident that Carla Denyer will be our next Green MP, joining Caroline Lucas on the Green Benches.”

A party spokesperson told Left Foot Forward that activists have knocked on almost every door in the constituency and is spending the full constituency allowance which is £30,000.

Bristol West is a strong pro-Remain and left-wing seat, covering a diverse, young and generally affluent area of Bristol.

In 2017, the Labour candidate Thangam Debonnaire won 47,000 votes. The Conservatives finished second with 9,900, the Greens finished third with 9,200 and the Lib Dems finished fourth with 5,000 votes.

The Liberal Democrats are not running in the constituency this time – to try and help the Greens as part of the so-called ‘Unite to Remain’ alliance.

YouGov’s MRP polling suggests that Labour will win again with 62% of the vote while the Greens will get about 20%. However, this way of polling does not take account of the effects of a local campaign.