Labour must not rush into accepting Brexit, writes Mike Buckley. 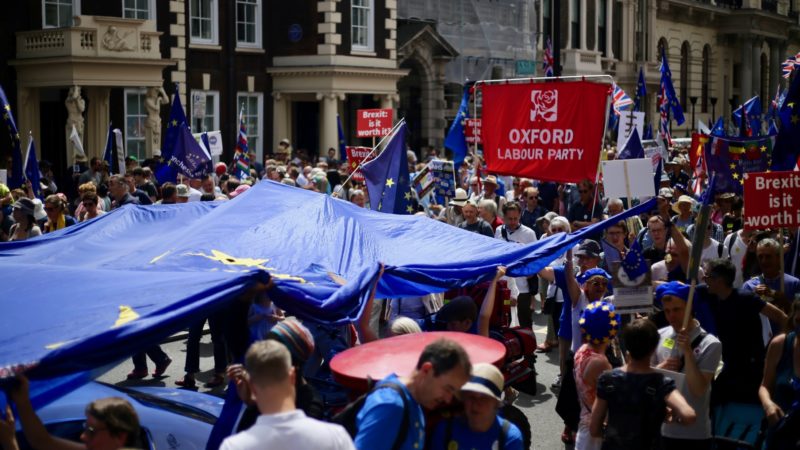 There’s no getting away from it: the election result was catastrophic. For Labour to lose 60 seats to the Tories nine years into a failed government that has overseen harsh austerity cuts, poor economic growth, ever growing NHS waiting times and three years of political chaos following their misjudged Brexit referendum, is a tragedy.

The decisions we make now about why this defeat happened will guide our party over the next five years and into the run up to the next election. If we draw the wrong lessons now we will be ill prepared to win next time. By that point, assuming this parliament runs its term, the Tories will have been in power for almost 15 years. Our communities, our country and the climate depend on us beating them.

The first choice we must make is to recognise that a defeat on this scale has multiple causes. The two favourite narratives in Labour circles are that we had the wrong leader and that backing a second referendum was the wrong choice. The reality is far more complicated.

It’s true that Jeremy Corbyn was not popular with all voters, and that some former Labour voters refused to support us under his leadership. We need to be better at recognising when our leader or their team are failing to connect with the public and take action before, not after, election day.

But we must also recognise that this defeat was 15 years, not three or five years, in the making. We started losing voters in some Midlands and Northern constituencies in the 2005 election. We didn’t learn lessons then, or after the 2010, 2015 or 2017 defeats. In 2005 we continued in government and the reduced seat share and vote share was quickly forgotten.

There was very little reflection in 2010, despite the historic nature of our defeat after 13 largely successful years in government. In 2015 we quickly got caught up in that summer’s leadership election instead of analysing why the Miliband project failed.

In 2017 we treated defeat as victory, again preventing the soul searching and investigation our party so needed before facing voters again.

All of this means that we must now do the hard work of looking back at those defeats and working out why voters turned their backs on the party which had overseen record years of growth and stability, and which had invested more than any previous government in the NHS and many other public services.

The second choice we must make is to recognise that years of prevarication over Brexit cost us dear. The country looked to us for leadership and we failed to provide it. The Tories have had a field day creating division and spreading lies about the EU the same way that they spread lies about the Labour Party.

Labour’s late conversion to a referendum, combined with our attempt to face both ways by at times talking up the likelihood of leaving on a Labour deal, was not enough to keep all the Remain votes that we won in 2017. Last week Labour lost 1.3 million Remain voters to Remain parties (the Liberal Democrats, Greens and SNP) and 700,000 Leave voters to Brexit parties (the Conservatives and the Brexit Party). We lost a further 300,000 Remain voters to the Conservatives, seemingly for the reason that they feared a hard Brexit Johnson government less than Labour.

The tragedy is that polls had shown for a long time that Labour would do best if we backed Remain. An ICM poll, conducted for RepresentUS in late 2018, looked at Labour’s then 41 most marginal held seats. It showed that if Labour backed Remain we would keep all 41, but if Labour backed Leave, even in its most benign form, we would lose 40 of the 41. Many of these are the very seats lost this week, in the North East, Midlands and North West.

We must not accept that Brexit was the right choice for our country or that it will have anything but ill effects on our communities. If we are to oppose this government, which will be defined by the success or failure of Brexit, we must oppose it from day one and call them to account on the lost businesses, the lost trade, the lost rights and opportunities that are all that Brexit has to offer.

Winning next time is up to us. Undoing Brexit, ending child poverty, taking action on climate change, renewing security in work and renewing communities can only be done by Labour in power. Getting there means making good choices now, not relying on knee-jerk reactions that confirm our own prejudices or beliefs. We have to rise to the challenge.

Mike Buckley is Director of Labour for a Public Vote.