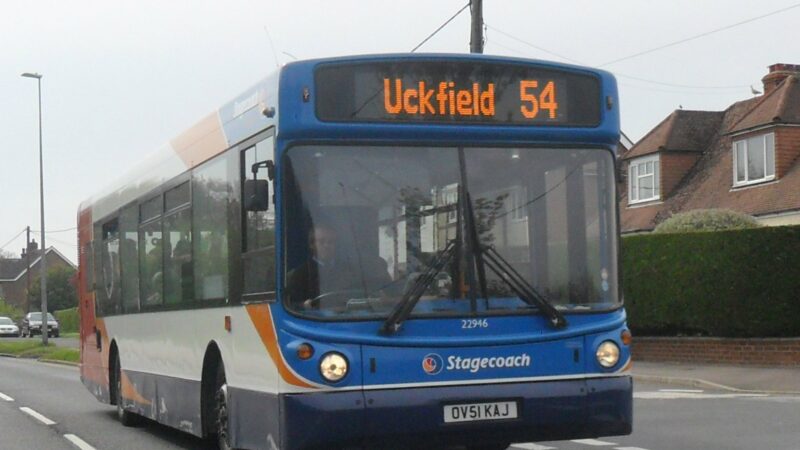 An unsavoury mixture of austerity and privatised services are to blame for the fact bus journeys in Britain have hit a record low, according to Unite.

Britain and Ireland’s largest union said this “unholy mix” has led to there being nine million fewer journeys in Britain in 2018-19 as there was in 2017-18, when London was excluded from the data.

The drop in journeys comes as bus fares went up by 3.3%, according the Department of Transport.

London is a slightly different story because people rely on public transport to get around, so its figures do not reflect the rest of the country and it was excluded from the data.

Bobby Morton, Unite national officer said: “Bus companies that are more interested in lining shareholders’ pockets than providing passengers with a decent service, combined with austerity-led cuts to bus routes are to blame for this record fall in journeys.”

Mr Morton put the fall in journeys down to years of cuts to local authorities by Tory governments.

He said the cuts have “resulted in councils pulling funding for lifeline bus routes in rural areas, while bus companies rake in millions from sticking to the most profitable routes and leaving everyone else stranded”.

“These profits are not put back into the public service they are generated from. Underinvestment is chronic and it is the passengers, and the drivers forced to work ever more demanding schedules for diminishing rewards that suffer,” he added.

It’s reacted with serious concern to proposals by transport secretary Grant Shapps to limit the right of transport workers to strike action.

Diana Holland, Unite assistant general secretary for transport, said: “These proposals miss the fundamental point that workers only ever take industrial action as a last resort.

“Commuters will know from bitter experience that Shapps’ idea of workers being forced to operate a ‘bare bones’ service could be worse than useless and potentially dangerous.”

Holland pointed out that it’s already hard enough for workers to take industrial action, being forced to jump through loads of legal hoops, let alone making it even worse.

She added: “There are already additional legal restrictions in place concerning London bus services which makes it even more difficult for those workers to take industrial action. So any further restrictions on the right to strike are entirely unnecessary.

6 Responses to “Are bus services being deliberately driven into the ground?”