In 5 seats they claimed they were best-placed to beat the Tories but came third. 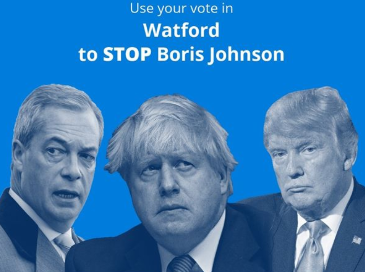 The Liberal Democrats election campaign, especially online, was foccused on persuading supporters of other parties to back them to beat either the Tories, Labour or the SNP.

Many of their claims about tactical seemed ambitious – and in some seats they did enjoy a big swing towards them to finish second – but in the five below, the claims proved false.

It’s harder to analyse any tactical voting claims made by Labour or the Tories – because their online campaigning did not focus on tactical voting. Labour’s Facebook adverts promoted its policies while the Tories criticised Corbyn and said they would “get Brexit done”.

In a Facebook advert, the Lib Dems claimed one of the reasons why York Outer constituents should vote for them is that “Labour can’t win here and can’t stop Boris”.