No fewer than 25 regulators deal with money laundering alone yet London is a major centre for dirty money, points out Prem Sikka. 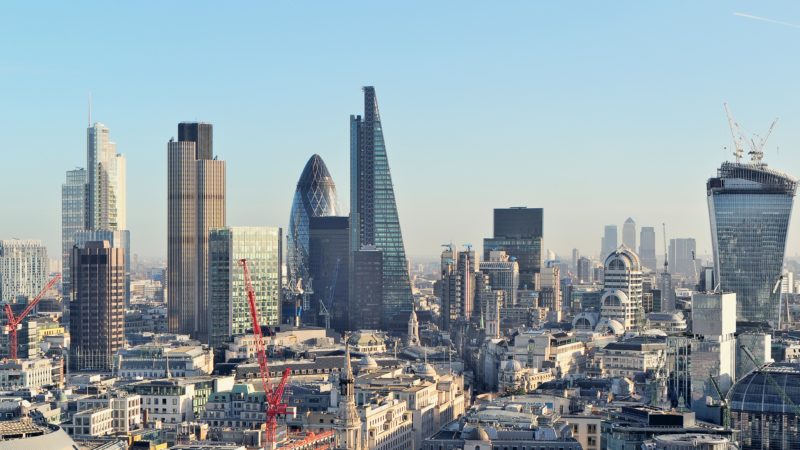 The UK has nearly 700 regulators and this regulatory maze has been ineffective in protecting people from malpractice. Labour now offers a way out.

The UK does not have a central enforcer of companies but has over 41 regulators dealing with the finance industry. Their failures are highlighted by HBOS and RBS frauds, the collapse of Neil Woodford’s LF Woodford Equity Income Fund and London Capital & Finance, incessant mis-selling of a variety of financial products,. The long list includes mortgages, investment bonds, split-capital investment trusts, precipice bonds, interest rate swaps, pensions and payment protection insurance.

There are 25 regulators dealing with money laundering yet London has become a major centre for dirty money. At least 22 of these are accountancy, law and other trade associations. These bodies show little or no interest in checking anti-social practices. One overseeing body for checking money laundering concluded:

‘…the accountancy sector and many smaller professional bodies focus more on representing their members rather than robustly supervising standards. Partly because they don’t believe – or don’t want to believe – that there is any money laundering in their sector. Partly because they believe that their memberships will walk if they come under scrutiny.’

At least fourteen regulators deal with accounting, auditing, insolvency and some aspects of corporate governance. Yet the UK is plagued by dud audits as shown by Thomas Cook, BHS, Patisserie Valerie and Carillion. Insolvency practitioners have licence to print money and no regulator has checked their excesses

Trade associations with no independence from the regulated entities act as regulators in numerous fields. Unsurprisingly, despite strong court judgements condemning tax avoidance schemes marketed by big accountancy firms, no firm has been investigated, disciplined or fined by the government or any accountancy trade association.

The multiplicity of regulators results in duplication, waste, obfuscation, buck-passing and shows no urgency. Carillion collapsed in January 2018 and the government promised that regulators would urgently report on failures of auditors, directors and corporate governance. Nearly two years later, no report has appeared, and that is not an isolated example. Meanwhile people’s pensions continue to be looted, savings have been plundered, supply chain creditors have lost billions, HMRC has written off billions of taxes that might otherwise have been collected, jobs have disappeared and shareholders have lost huge fortunes.

The government has done little to address the failures of the regulatory system.

A new regulatory architecture is needed to protect people from malpractice and promote confidence in business. The system needs to reduce the number of regulators, check inertia and capture and facilitate public accountability. The Labour Party’s 2019 manifesto has stated that:

‘We will tackle regulatory capture and streamline regulation by creating a new Business Commission, responsive to parliamentary select committees.’

Further details are provided in background documents stating that:

This will close the gaps in regulation and establish and more robust and independent regulatory system.

The Business Commission will integrate the accounting, auditing, insolvency, and financial sector regulators.

All the commissions should have open meetings and publicly available minutes, agendas, correspondence, and working papers.

An independent Ombudsman will adjudicate on disputes between regulators and stakeholders.

Labour will commit to select committees having oversight of the Business Commission.’

The entire regulatory structure will be independent of government departments and report directly to parliament to prevent ministers from burying inconvenient facts.

The ‘independent regulatory system’ will remove all statutory regulatory functions from accountancy, law and other trade associations. They have presided over unprecedented sleaze in auditing, accounting, insolvency, illicit financial flows and other matters.

People suffering from regulatory failures often lack resources to seek redress. Therefore, Labour has proposed that an independent Ombudsman will adjudicate on disputes between regulators and stakeholders.

Our report on the redesign of regulatory architecture had recommended that each regulatory Commission be accompanied by a Supervisory Board (SB), consisting of informed stakeholders/citizens, to exercise strategic oversight on the executives of the respective Commissions. The SBs can focus on resources, delay in investigations, failure to bring test cases, produce reports and take effective action. The Supervisory Board could terminate the services of the executives failing to deliver effective and efficient regulation.

The system would also have a separate independent enforcement arm.

For the first time in the UK history, Labour’s proposals provide an independent regulatory system that empowers citizens to direct the regulatory bodies to protect them from malpractices.

5 Responses to “The UK’s regulatory maze benefits the powerful. It’s time for an overhaul”