Will the European Investment Bank stick to its ambitions or cave to pressure? 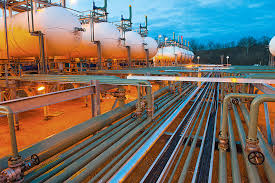 A new report released by the Big Shift Global campaign has graded the European Investment Bank an ‘F’ for its current fossil fuel policies and an ‘A’ grade for its first draft of a new energy lending policy which will be decided at the EIB Board meeting on Tuesday, the 15th of October.

Worryingly the report also found that renewables investments from the development banks in total had dropped last year, from $9.2 billion to $8.65 billion, sliding from 33% of their climate mitigation budgets to just 29%.

It is absurd that the very banks which exist to tackle poverty are fuelling the climate crisis by funding fossil fuels and actually cutting the amount they invest in renewables.  Climate change is one of the biggest drivers of poverty and clean energy is vital to both help reduce emissions and provide energy access in developing countries.

Decentralised wind and solar can reach remote places that heavy grid infrastructure cannot, but they need investment to ensure they are implemented.  That is where development banks should step in and yet their funding for this technology is dropping.

Recent science reports have made it clear that the world’s land and oceans face a catastrophic future without radical action to stop rising greenhouse gas emissions, with the world’s poorest people bearing the brunt. Rather than cutting renewables funding we need to see development banks ramping it up, otherwise it’s questionable if they are fit for purpose.

In December 2018, at the UN climate talks, nine Multilateral Development Banks (MDBs) such as the World Bank and European Investment Bank, announced their intention to “work[…] together in six key areas considered central to meeting the goals of the [Paris] Agreement, which aims to limit the increase in global temperatures to well below 2°C, pursuing efforts for 1.5°C.”

What this means in practice is still a discussion behind closed doors. However, following a 3-month public consultation, an interesting advance was made in July of this year, when the EIB announced its draft energy policy.

“[…] the Bank will phase out support to energy projects reliant on fossil fuels: oil and gas production, infrastructure primarily dedicated to natural gas, power generation or heat based on fossil fuels. These types of projects will not be presented for approval to the EIB Board beyond the end of 2020… all the Bank’s activities in the energy sector will be fully aligned with the Paris Agreement.”

The recent IPCC report allows for a 78% reduction in the use of fossil gas by 2050, but this scenario only has a 50:50 chance of achieving the Paris Agreement’s goal of limiting warming to 1.5ºC. The precautionary approach required by Paris’s parent Convention would suggest rather deeper cuts in fossil gas use, and certainly no new gas infrastructure being added to the existing atmospheric burden of CO2 and methane emissions from the fossil fuel sector. Molecule for molecule, methane has a climate impact 86 times greater than CO2 over the twenty-year time horizon –  it is a highly potent greenhouse gas.

The EIB’s first draft policy then was an exciting step forward and a useful rebuke to the grossly erroneous narrative that ‘gas is a bridging fuel’ between coal and renewables. With renewables cheaper (in pure economic terms) than fossil infrastructure in many parts of the world, the arguments for allowing fossil fuels to continue to impose their considerable environmental costs become ever more tenuous.

Methane is emitted during both production and transportation, and the CO2 emitted from combustion for power is a long-lived and dangerous release of carbon that has been stably locked in the Earth for over 300 million years.

However, the EIB seemed to come under pressure to amend this commendable draft policy, and in September produced a ‘revised’ draft energy lending policy. This demonstrated a dangerous shift back into the pockets of the gas corporates. The same paragraph quoted above thus came to be prefaced with:

“It is important to stress at the outset that the Bank appreciates the necessary role that gas will continue to play to decarbonise energy systems. Natural gas will be progressively replaced by low-carbon gases such as biogas, synthetic gas and hydrogen.

“This transition to low-carbon gas is a significant challenge to the industry. The Bank will therefore focus its support within the gas sector on this issue, ranging from the production of low-carbon gases, transportation and distribution to integration within the power and heat sector […]”

While there may a role for some non-fossil gases in future (and note that synthetic gas and hydrogen can both originate from fossil fuels, with the same existing production and transportation emissions issues) actively building this infrastructure makes it increasingly difficult to dislodge the fossil gas corporates and to engage in creating a truly 1.5ºC compatible future.

So the question for the EIB is will it become a real climate leader, or will its new energy policy be some shade of greenwash. That is the decision for the Bank’s board on Tuesday.

Dr Kat Kramer is Christian Aid’s Global Climate Lead and author of the Small Steps Are Not Enough report.