The PM's adviser has been held in contempt of parliament - they don't care about democracy. 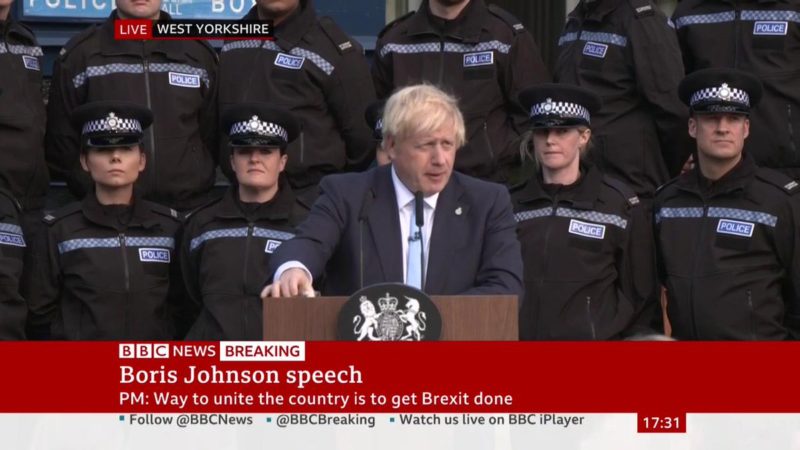 For a long time Brits have comforted themselves with claims that the UK is a democratic country with robust and accountable institutions.

Recent events show that many of the institutions of democracy are medieval rather than modern.

He Who Must be Obeyed

They were immediately thrown out of the parliamentary party without any hearing or right of appeal.  There is no electoral mandate for leaving the EU without a deal.

Dominic Cummings, unelected main adviser to the Prime Minister, reportedly told an MP: “When are you MPs going to realise that we are leaving on 31 October?” before adding: “We are going to fucking purge you.”

Cummings is former director of the official Leave campaign and has been held to be in contempt of parliament after failing to appear before MPs investigating fake news. Now he rules the roost over elected MPs and enjoys security clearance to roam the Houses of Parliament.

In the words of former Chancellor Philip Hammond: “the Conservative Party has been taken over by unelected advisors, entryists and usurpers who are trying to turn it from a broad church into an extreme right-wing faction.”

The September session of parliament was of special significance as the government is committed to leaving the EU on 31 October. But the Prime Minister is not keen on parliamentary scrutiny and privately said that parliament was a “rigmarole” designed to show MPs were “earning their crust”.

Johnson’s Conservative Party has no working majority in the House of Commons and he was elected leader of the party and Prime Minister by less than 100,000 members of his party.

Around 15/16 August he secretly made the decision to prorogue parliament, but continued to make public statements to the contrary.

Former Work and Pensions Secretary Amber Rudd said that that the Cabinet was not given the legal advice on prorogation and she only found out about the suspension of parliament on the morning it was announced.

The formal power to prorogue parliament rests with the Queen, the unelected head of state.

Many people will have reservations about permitting a 93 year old to sign important documents but on 29th August the Queen approved a five-week prorogation of parliament, the longest period since the Second World War.

She was guided by her Private Secretary Edward Young, a former advisor to the Conservative Party.

Parliament cannot vote on the Queen’s decision. There is no public document to explain the prorogation reasoning offered by the Prime Minister to the cabinet, parliament or the public.

Members of parliament cannot bring the Queen to any parliamentary committee to seek information about how the Sovereign exercises her powers. MPs are not permitted to raise matters relating to the Sovereign in the UK parliament.

People fund the Monarchy but have no way of finding information about its operations. The Freedom of Information Act 2000 enables people to secure information about some operations of the state, but the Act exempts matter relating to communications with the Sovereign and other members of the Royal Family.

Like medieval kings, Boris Johnson cannot guarantee that he will comply with the law of the land.

The European Union (Withdrawal) (No. 6) Bill 2017-19, now law, ensures that the UK does not leave the EU on the 31 October 2019 without a withdrawal agreement, unless Parliament approves such a course of action.

It provides that if parliament has not approved either a withdrawal agreement with the EU or a statement that the UK is to leave the EU without an agreement, the Prime Minister is obliged to ask the European Council for an extension to Article 50(3) of the Treaty on European Union. The Prime Minister has refused to confirm that he will abide by the law.

For years, the UK press built the bogey that left-leaning politicians are somehow a danger to parliament, rule of law and democracy.

Now we see that the coup is from the right-wing which increasingly wraps itself in garbs of nationalism.

For this, much of the tabloid press lauds Boris Johnson. If the opinions polls are anything to go by, he enjoys considerable support for his practices and is particularly supported by the far-right groups.

Minorities are becoming a convenient scapegoat for UK’s political failures and racism is increasing.

Haven’t we seen all this before? In the 1930s, authoritarian populism enabled the Nazis to take power and destroy democratic institutions in Germany.

The current BBC series ‘The Rise of the Nazis’ shows that authoritarian populism and the intolerance of dissent, an essential ingredient for renewal of democracy, resulted in xenophobia, destruction of society and much more.

The danger signs are flashing. The inexorable descent will continue unless people unite in resistance and transformation of institutions of democracy to secure a better future for all.