Over 70 artists have donated their work. 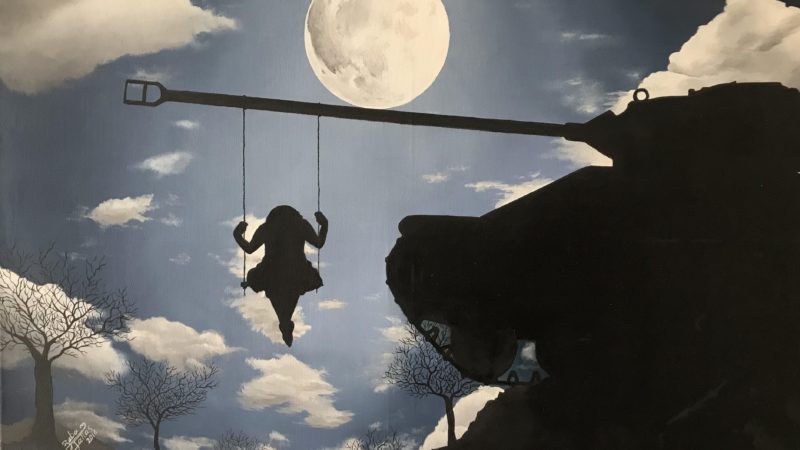 As one of the world’s biggest arms fairs comes to London, an anti-arms art exhibition has opened in Peckham.

Liz Truss’ Department of International Trade is in charge of sending out the invites and chaperoning the military delegations from countries like Saudi Arabia, Hong Kong, Turkey and Bahrain, who come to buy weapons.

The fair is always met by protesters, who try to stop the military equipment entering the venue.

As well as protests though, anti-arms activists have organised an art exhibition in Peckham, South London.

Dogan was released from prison in Turkey this year. There are also be pieces by Yemeni artists Saba Jallas and Ahmed Jahaf.

Alongside this, there iscommunity art including a sculpture by the Bradfield Youth Club, which remembers young Londoners lost to knife crime and offers solidarity with young victims of armed violence around the world.

Art will be sold or auctioned mainly to support the work of Campaign Against Arms Trade (CAAT), in addition to other organisations at the request of the artist.

The first Art the Arms Fair event took place in 2017. It included an original art piece from Banksy which was sold for £205,000.

Here’s some of the art on show.

One Response to “Anti-arms-fair art exhibition opens in London”