Ahead of pride, LGBT+ people should come together to stand against the Tory right. 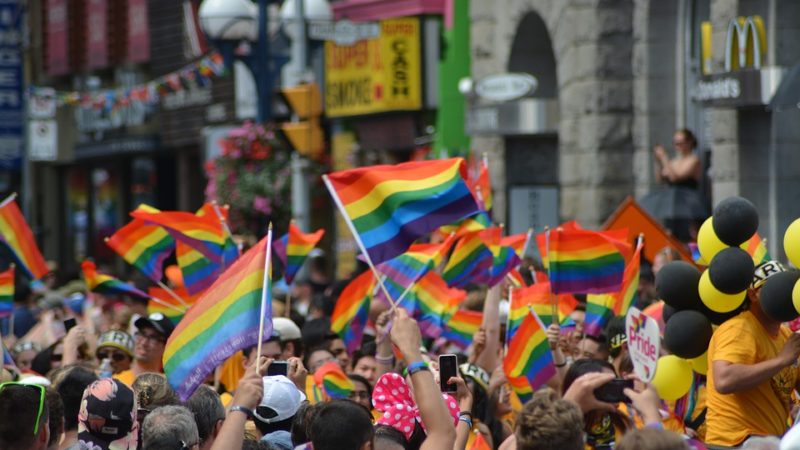 It’s pretty much confirmed all but in name that Boris Johnson will be next Prime Minister. As a bisexual woman, ahead of Pride this weekend, I want to talk about why Boris is no friend to those of us who are LGBT+.

Boris’ record on LGBT+ rights is mixed. Despite turning up to Pride in his early years as Mayor, Boris Johnson was a no show from 2011 onwards. Five years the London Mayor sat out one of the biggest events in London’s calendar, missing the opportunity to show his support for the LGBT+ community.

Although he made positive decisions in his political career such as lifting the ban on the flying of pride flags at UK embassies, he scrapped the Pride Reception at City Hall in 2010 and oversaw City Hall dropping from 2nd to 278th in the Stonewall equality index.

What’s more, the Boris Johnson that seemingly made the more progressive choices is a far cry from the one about to become Prime Minister. A man who campaigned alongside Nigel Farage, and who privately met with notorious homophobe Steve Bannon. Boris may have advocated for LGBT+ rights – but it is telling that most of his political allies and friends are openly against them.

Not only this, but Johnson refuses to rule out a No Deal brexit that could jeopardize the rights of LGBT+ people, bound by the EU Charter of Fundamental Rights, but no longer applicable when we leave. And as of yet he has nothing to replace it with.

Our rights are hard won by people who gave their lives so we could live ours freely. We should not just accept potentially empty promises that they will remain a priority. The majority of MPs who support a hard or No Deal Brexit have a bad track record on LGBT+ rights. If Boris Johnson allows them to be the winners of this debate, who can say he won’t let them win others?

A No Deal Brexit could be devastating for the flow of medicines in and out of Britain, while barring access to EU research programmes and funding on HIV research. The UK would be at the back of the queue for new drugs developed to help those with HIV.

71% of LGBT+ voters said they would vote to remain in the EU and 72% want a say on any final Brexit deal. We, more than most, know the importance of the EU for our freedom of movement guarantees and to ensure our rights are upheld.

Boris Johnson has a confused record on LGBT+ rights. We should not trust confused, especially when it comes to what we stand to lose from Brexit.

Ahead of pride, LGBT+ people should come together to stand against a Boris Johnson No Deal brexit and call for a People’s Vote to ensure Brexit does not sell LGBT+ communities people down the river.

Kira Lewis is a Labour activist and FFS supporter.

4 Responses to “Pride over prejudice: Why Boris Johnson is a threat to the LGBT+ movement”