It is the first time a national paper has backed the party. 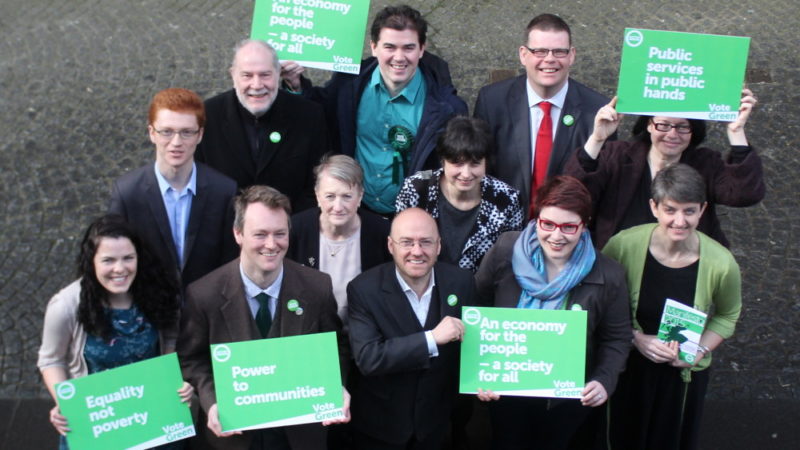 The Sunday Mail and the former Archbishop of Canterbury have seperately given their backing to the Green Parties in the coming European elections.

The Sunday Mail said it was backing the Scottish Green Party because of climate change and Brexit while Rowan Williams cited climate change.

The Sunday Mail has a circulation of nearly 120,000 and has no affilition to the Daily Mail or the Mail on Sunday. It is the sister paper of the Daily Record.

Explaining the decision, the paper said in an editorial:

“Across the world, the Green movement is growing, with the need to safeguard future generations from the effects of global warming a critical priority.”

“Yet in Britain, in 2019, this most pressing issue plays second fiddle to a seemingly never-ending festival of tedium about how we interact with the countries in closest proximity to our own.”

“That’s shameful. And the best way to deliver this message to politicians in our established parties is with a Green vote.”

“For decades, the Greens have been dismissed as a well-meaning but frivolous collection of hippies who might have a point about the environment but who couldn’t be trusted with their hands on the tiller of a first-world economy.

“That’s no longer the case. The movement is serious, it’s grown up and it’s here to stay.”

The Scottish Green Party’s lead candidate for the European elections is Maggie Chapman.

In the last election, the Scottish Greens missed out on an MEP as the nation’s seats went to the SNP (two), Labour (two), the Tories (one) and UKIP (one).

“We’re delighted that the Sunday Mail is backing the Scottish Greens in the European Elections this year. This is the most important European election we’ve ever faced, it’s vital that we elect Scotland’s first Green MEP to work in tandem with our European neighbours and tackle the climate emergency.

“We know that A Green New Deal can create hundreds of thousands of jobs in Scotland and millions across the continent, transforming our economy. Across Europe, Greens are outpolling the far right, by offering hope over hate. On the 23rd May your vote matters more than ever, so vote Green.”

Rowan Williams urged voters in the East of England to support the Greens there and their leading candidate Catherine Rowett. He said:

“It is harder and harder to pretend that we’re not living in the middle of the most serious environmental crisis in recorded history. We desperately need people in British and Indeed global politics who are not afraid to name this challenge for what it is, and to look at what needs to change in our lives if we are to avoid terrible cost to future generations and to the most vulnerable people of our own generation across the world.

“Catherine Rowett is someone with the honesty, the courage and the clarity to speak out and think hard on these matters, and I sincerely wish there were more like her in our public life. I have deep confidence in her integrity and vision.”

The Greens came within 1% of winning a seat in the Eastern Region in the European election in 2014 but the seats went to UKIP, the Tories and Labour.

Joe Lo is a reporter for Left Foot Forward.