Fees for Indefinite Leave to Remain (ILR) - affecting hundreds of former servicemen and women - have risen by 1,441% since its introduction in 2003. 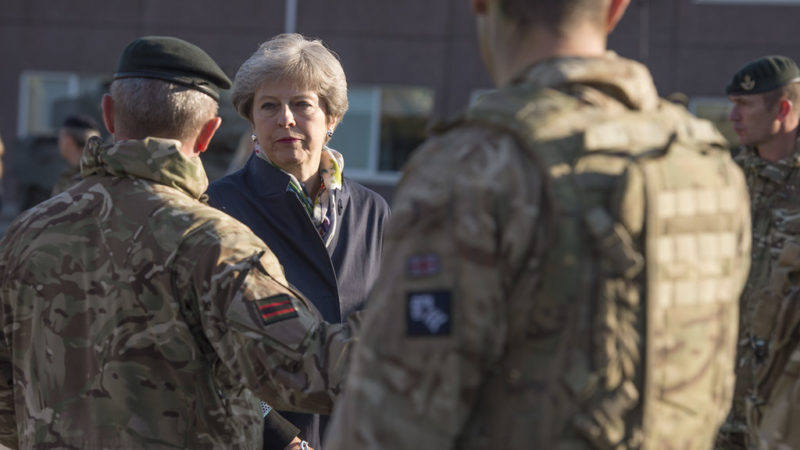 Every year, thousands of men and women choose to serve in the British Armed Forces. But despite the hard work and often great sacrifices they make throughout their service, many veterans are left struggling financially when they leave service.

The British Legion is seeing a large increase in the number of foreign nationals who have served in the British Armed Forces seeking financial aid in attempt to migrate to the UK – and Veterans Aid has reported a 100% increase in ex-servicemen and women seeking advice on immigration issues in the past year.

Previously, those serving in the forces could only apply for British Citizenshipif they had lived in the UK for at least five years. Despite this rule now being axed, veterans are still up against a harsh and austere system. Ex-servicemen and women need to apply for Indefinite Leave to Remain (ILR) to stay in the country and must have served for at least four years to be eligible.

Those who have not served for four years are entitled to Limited Leave to Remain. While granted this status, they are unable to register with a GP, are banned from working, and are ineligible to seek aid from the authorities. For foreign personnel that have made huge sacrifices for the interests of our nation, this treatment is unsettling, confounding and altogether abhorrent. Due to these policies, many are left unable to support themselves or their families financially and will be powerless to access the healthcare and treatment rightfully due to them.

Fees for Indefinite Leave to Remain (ILR) have risen by 1,441% since its introduction in 2003, now costing £2,389 per person. For a veteran attempting to migrate with a family of four, this will cost nearly £10,000. On top of these fees, foreign veterans will also have to pay for a Spouse Visa UKwhich costs around £1,523 and requires a minimum earning of £18,600 a year.

This minimum financial threshold continues to climb depending on the number of a children in a family unit and who can reach a desired minimum earning of at least £27,200. With the starting salary of Royal Air Force Personnel being as low as £15,220, it is likely that many veterans will fail to meet these financial criteria leaving thousands unable to afford the costs required to migrate to the UK.

With frequent changes to Immigration Laws and discharge procedures varying from regiment to regiment, many veterans are presented with defunct information and insufficient support from the Ministry of Defence and The Home Office. This leaves charities such as Veterans Aid, The British Legion and The Army Families Federation to issue veterans with indispensable information about Visas, discharge procedures and financial aid.

A combination of post-service factors such as hefty fees and a lack of adequate support has seen many veterans thrown into personal and financial turmoil, with many facing prospects such as homelessness and significant debt.

With statistics from the Ministry of Defence reporting a ‘significant increase’ in the rate of personnel assessed with PTSD between 2011 and 2012, it is possible that veterans experiencing mental health issues risk the deterioration of pre-existing disorders, or even the creation of new ones, as a direct result of their treatment and experiences after leaving the forces.

According to a recent Borders report, foreign citizens make up 1 in 12 of the UK’s armed forces. Around 500 Commonwealth personnel are directly affected by the charges, though there are likely to be more from outside the Commonwealth.

With the Ministry of Defence aiming to increase recruitment from Commonwealth countries, it is arguably more important than ever for the government to examine legislation, reduce fees and adjust application processes for Visas, ILR and British Citizenship to ensure that foreign veterans who have served for the British Armed Forces can migrate to the UK with ease.

Charities such as The British Legion are now calling for ministers to abolish fees altogether – and there is rising indignation among the public. Many remain hopeful that reform for the benefit of veterans is a strong possibility, and one that seems long overdue.

Bethany Morris is a writer for the UK’s leading Immigration Advice Service, an organisation of immigration lawyers based in the UK.