Indicative votes are training wheels for a political system that is incapable of compromise. 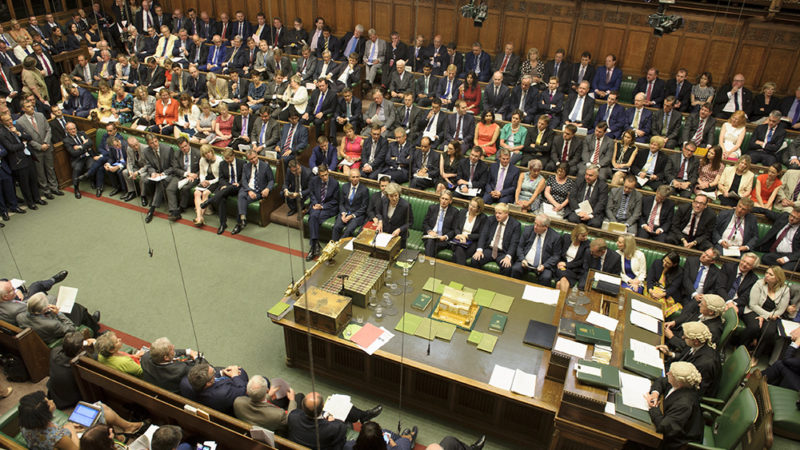 Today’s indicative votes, which aim to find some sort of consensus about the direction Brexit should take, will break with convention by allowing MPs to pick multiple preferences rather than just supporting or opposing a motion.

There’s a pleasing irony in seeing some MPs who have fought tooth and nail against any change to our democracy now calling for their votes to be counted under a new system. And perhaps it’ll even help us find a way out of the chaos we’re in – who knows?

But it’s hard to be enthusiastic when this change to the way MPs vote is so clearly a way of papering over the far deeper problems with British democracy; problems rooted in the system we use to elect MPs.

Ken Clarke and Helen Goodman suggested using the Alternative Vote system for the indicative votes, meaning that MPs would rank their preferences among the available Brexit options: from No Deal to Remain and everything in between. The option which attracts the least support would be discarded and the votes for it would be reallocated to the second preferences of the voters. This process would be repeated until one option remained. This might produce consensus, but if the compromise options are eliminated early on there’s a risk it could end up choosing one polarising extreme or the other.

It’s reported that the indicative votes will in fact use the system Oliver Letwin proposed; something technically known as “Approval Voting”. Here, MPs would tick all the options they could live with. The idea is that the option attracting the largest number of ticks has the broadest support and represents something approaching consensus.

The ideal option could well be something called “Condorcet” voting, of which there are several variations. Broadly speaking, this would again ask MPs to rank their preferences, but would then pit each of the Brexit options against each of the others in head-to-head contests. The winner is whichever option is preferred by a majority of MPs over every other available option, revealing the Brexit plan that has more support than any other.

In their subtly different ways each of these systems aims to do the same thing: mimic the way that groups of adults make decisions in everyday life.

The sad thing is, most developed democracies don’t have to mimic the way groups of adults make decisions through formal parliamentary processes. Instead, they just make decisions like adults.

Most developed countries – including all of the world’s most stable, open, democratic societies – use forms of Proportional Representation, meaning that the composition of their parliaments reflect the votes cast in their general elections. As a result they have diverse, multi-party systems in which no one party is handed a majority of seats on a minority of the votes.

These parliaments usually don’t face such all-consuming issues as Brexit. But they do encompass a range of views on all kind of issues; views that are at least as diverse and often as strongly held as those in the House of Commons today.

Yet these democracies – places like the Nordic countries, Germany and New Zealand – manage to build consensus and enact government on the basis of binary yes/no votes on parliamentary motions. They can do this because they have the grown-up, collaborative politics that comes from Proportional Representation: a politics in which no one party expects to have everything its own way. Parliamentary votes are the end of process of genuine discussion and compromise to find a position that the majority or MPs, representing the majority of voters, are happy with.

The First Past the Post voting system we use for general elections could hardly be more different. For decades, the big parties have opposed virtually everything the other has done and governments like the current one have hammered through their agendas irrespective of public support. Just watch PMQs – with the jeering and shouting down, the supplicating planted questions, the ‘gotchas’ – and ask yourself, is this really the best way to discuss and decide a nation’s future?

The indicative votes are like training wheels for grown-up politics; the paint by numbers of consensus building. Perhaps they will help. But they are little consolation in a system that is so incapable of compromise – and little substitute for a proportionally elected Parliament in which constructive dialogue is the norm.

3 Responses to “The problem isn’t how MPs vote, it’s how we vote for them”