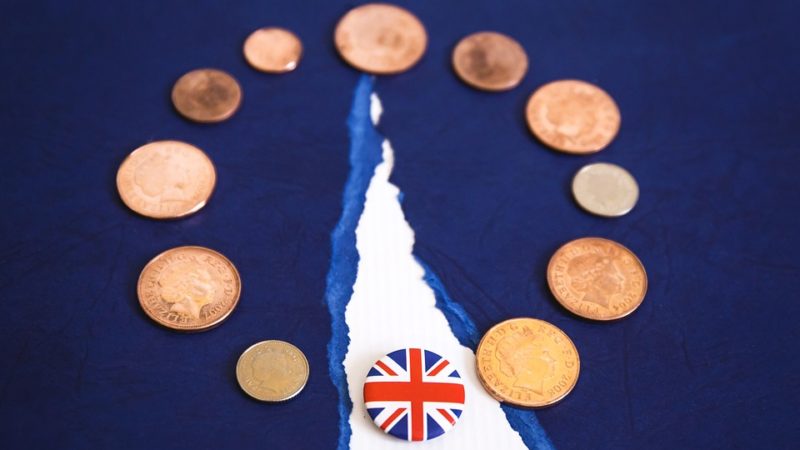 Whatever the outcome of Brexit negotiations, it’s clear the UK economy needs a major change of direction.

The neoliberal experiment of the last 40 years has hollowed out the economy and the government inflicted austerity has to end. The House of Commons Treasury Committee has questioned the government’s policies. The Institute for Fiscal Studies (IFS) has urged the government to increase its spending to stimulate the economy. And the Tories are £5bn short of fulfilling their pledge to end austerity.

Neoliberal economic policies have neither balanced the books, nor secured economic stability or growth. Government borrowing (public sector net debt excluding public sector banks) at the end of December 2018 was £1,809bn compared £952bn in September 2010. Yet the misdirected policies achieved little. The economy has yet to fully recover from the 2007-08 financial crash. The Office for National Statistics (ONS) has reported that the economy grew by only 0.2% in the final quarter of 2018. There are troubled times ahead.

The government has used low interest rates and cuts in corporation tax to stimulate the economy and failed: since 2009, the UK has had rock-bottom interest rates, averaging at around 0.5%, but the investment in low. Amongst the EU countries, the UK invests around 16.9% of its gross domestic product (GDP) in productive assets compared to the average of 20.1% for the EU.

The UK is also lagging behind in research and development (R&D). Since the 1990s, the UK R&D expenditure has fluctuated between 1.5% and 1.7% of GDP.  This is well behind the EU average of 2% and about half the level in Sweden. Low investment in productive assets and R&D has inevitably resulted in low productivity. Despite working almost the longest hours in the EU, the output per hour worked in the UK is about 16% below the average for the rest of the G7 advanced economies. The UK productivity is around 27% below that of Germany.

Rather than taking a direct role in reinvigorating the economy, the government has showered tax cuts on corporations. The corporation tax rate has declined from the rate of 30% in 2007 to 19% and is set to decline to 17% in 2020. But tax cuts have not resulted in higher investment or a focus on the long-term.

Short-termism dominates virtually every sector of the UK economy. Andrew Haldane, chief economist at the Bank of England noted that in 1970, major UK companies paid out about £10 of each £100 of profits in dividends, but by 2015 the amount was between £60 and £70, often accompanied by a squeeze on labour and investment.  UK companies have paid out a higher proportion of their earnings in dividends compared to their counterparts from the EU, Japan, emerging markets and the USA.

The stock market has become a cash extractor from companies. Haldane notes: “Among UK companies, share buybacks have consistently exceeded share issuance over the past decade. In other words, over the past decade the equity market no longer appears to have been a source of net new financing to the UK corporate sector”.

A Bank of England survey showed that only around 25% of finance raised by companies is spent on investment, with the remainder split between purchasing financial assets, distributing capital to shareholders and keeping it as cash.

A necessary condition for economic renewal is that people must have high amounts of purchasing power. Yet neoliberals have ignored that. The government squeeze on trade unions, destruction of skilled and semi-skilled jobs have eroded workers’ share of GDP to 49%, compared to 65% in 1976. This boosted corporate profits which have been squandered on short-term returns.

Household debt has soared to £1.616 trillion and even those at work are queuing at foodbanks. People’s strength to stimulate the economy has been sapped. The old policies of cheap policies and corporate tax cuts have failed.

The state has to take a central role in rebuilding the economy. Wealth needs to be redistributed by increasing corporate taxes and taxes for the wealthy. The government will need to spend more to restructure the economy. Of course, this immediately raises the ire of neoliberals.

Yet a government which used £1,162 billion to support distressed banks can also find resources to invest in newer industries. Neoliberals forget that biotechnology, airlines, engineering, telecommunications, computers, shipbuilding and many other industries were started or stimulated by investment from the state, as private capital showed little appetite for long-term risks or investment.

It’s time to look at the investment crisis in the round. Everyone agrees that the UK needs to build more houses – but that cannot be achieved without increasing the capacity to manufacture bricks, cement, mortar, or having building carpentry, plumbing, electrical and other skills.

The post-Brexit uncertainties demand that the government change its economic policies – and get started now.