"How can voters trust them or know what they represent?" 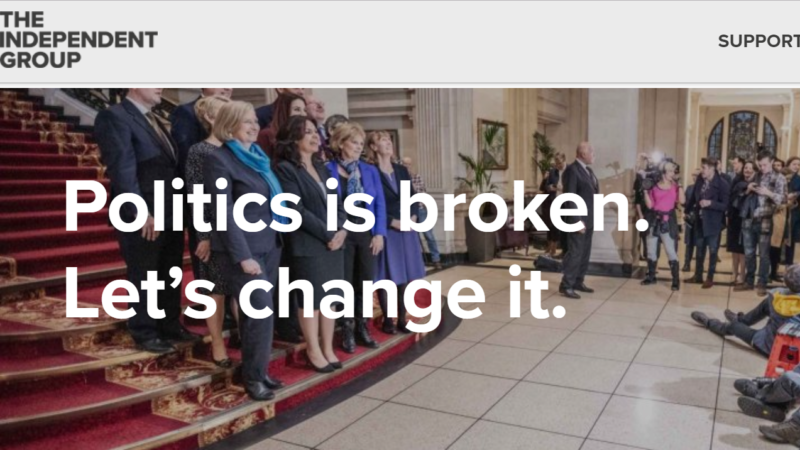 Calls are growing for the 11 ‘splitter’ Independent Group MPs to put their case to voters and trigger by-elections.

The MPs – who left Labour and the Tories to join the new centrist grouping – are facing demands from all corners to step down and fight for their seats under their new banner.

A campaign launched on Change.org has been signed by thousands of voters in just a day.

“This week has seen MPs from both Labour and the Conservatives leave their parties to stand as Independent MPs – calling themselves the Independent Group. More could join them soon.

“In 2017, the 11 MPs who have joined The Independent Group were all elected on their parties’ tickets. Many of their constituents will have cast their ballot for these MPs in a show of support for their Party, its policies and its leadership.

“These MPs should call a by-election in their constituencies so the people they represent have a say – either confirming this MP should to continue as an independent or  selecting a new Member of Parliament who better represents their community. Please help by signing this petition.

“I’m someone who believes in democracy in Britain. It is important that MPs have a mandate. If we don’t make this happen, we could see our political system slowly corrupt. Politicians could get the support they need from parties to get elected and then just leave. How can voters trust them or know what they represent?

“It is only fair to the constituents they represent.”

Mac Cárthaigh told LFF: “I started the petition because to me it seemed only right that if MPs who were elected in 2017 were standing on a Labour or Conservative platform, then it seems only appropriate that having changed political party these MPs should require the ratification of their constituents in order to continue to represent them.”

All the constituency parties of the eight Labour MPs who left the party have demanded the ex-Labour MPs trigger by-elections, as they were elected on Labour’s manifesto.

The petition is available here.