John Bolton has been described as a US Nationalist 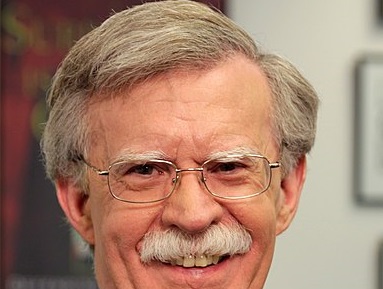 “John is a strong believer in Brexit and has been encouraging the Brexiteers to keep it up,” the source told Axios.

Bolton has been described as a US nationalist and is a longstanding critic of the European Union.

Bolton says he is opposed to EU bureaucracy but sceptics say Bolton opposes the European Union because it acts as a counter-balance to US power on issues such as the nuclear deal with Iran, which Bolton fiercely opposes and the EU supports.

Bolton supported the 2003 invasion of Iraq and continues to defend it. In fact, he made a speech saying that Cuba, Libya and Syria should be added to George Bush’s axis of evil – Iran, Iraq and North Korea.

Bolton also advocates regime change in North Korea and Iran and supports a former terrorist group in the Iran called the Mojaheddin-e-khalq (MEK). Critics have accused the MEK of being a cult and Human Rights Watch have accused them of torturing and killing dissenters.

After being appointed national security adviser by Trump, Bolton celebrated the election of far-right Brazilian President Jair Bolsonaro. He said this election was a “positive sign” for Latin America and that Bolsonaro was a “like-minded partner”.

Bolsonaro has described black activists as “animals” who should “go back to the zoo”; said that homosexuality is due to “not enough beatings” and labelled refugees “the scum of humanity”.