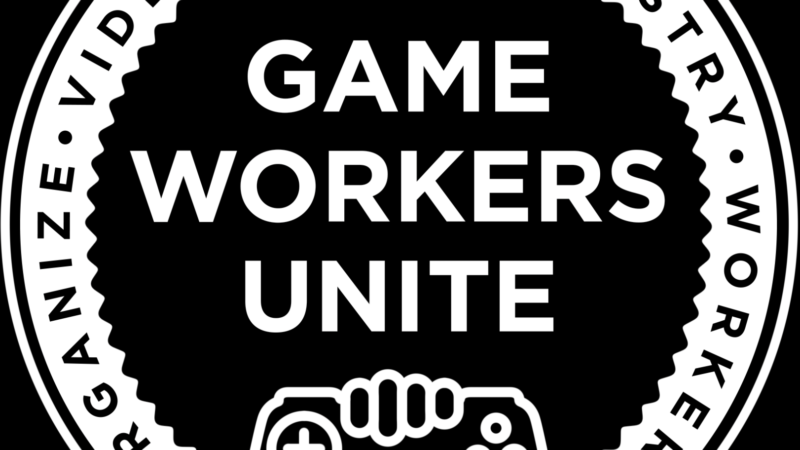 Sometimes, ever so rarely in our progressive political lives, a push for a material global change comes out of nowhere. Game Workers Unite, a new trade union which represents video game workers, is that.

The organisation was established at the annual Game Developers Conference in San Francisco in March, 2018 with the industry-bosses led IGDA’s silly idea of hosting a panel discussion on whether trade unions, in this unionised field, would really be a good idea to the industry.

The workers that were tired of the glamorous facade of working in games finally stood up.

A group of game workers and activists assembled in lightning speed creating Game Workers Unite logo, social media accounts and contacts to have the panel discussion taken over by voices that, for the first time, were visible and loud – ‘you know what? Yes, a union would make a hell of a positive difference!’

Although generally seen as cushy place to work in, the games industry has for years harboured a secret of brutal working hours, sudden firings, outsourcing, shifty contracts and casual harassment at work.

This year has seen company bosses arrogantly boasting over 100-hour working weeks by their developers, staff being fired after standing up for themselves on Twitter and other proof of work insecurity in the sector.

The resistance has also been growing too though – a year ago STJV was formed in France – world’s first games industry-dedicated trade union.

In December 2018 – Game Workers Unite UK chapter has partnered with the young, dynamic and militant Independent Workers Union of Great Britain (IWGB) to become its branch and begin representing games industry workers in the region.

Game Workers Unite UK executive committee was elected on 16th of December and is compiled of current industry workers, all fed up of oppressive working conditions whilst being made to feel lucky to work in the field.

The aims and objectives of the campaigning will be to end the institutionalised practice of excessive / unpaid overtime, improve diversity and inclusivity at all levels, inform workers of their rights and support those who are abused, harassed, or need representation as well as secure a steady, guaranteeing a fair wage for all.

IWGB is known for its innovative campaigning tactics – from the occupations of the Senate House at the University of London, demonstrations inside Tate galleries and more recent lawsuits against tech giants Uber and Deliveroo – the union is a part of a new generation of trade unionism in the UK and is redefining the boundaries of tactics for the fight of better working conditions. It shouldn’t be long until we will see those utilised on an entirely new sector – multinational video games companies.

Whilst protecting the workforce of this unionised field is crucial, it is the beginning of a much wider attempt to introduce a new trade unionism to much younger generations – video game players themselves, esports competitors, content creators in the gaming realm.

As is widely known, gaming has also attracted a lot of unsavoury voices from the right-wing spectrum of politics, how would this new burgeoning class-based movement affect their politics?

The collaboration between IWGB and the Game Workers Unite movement marks a fascinating beginning of militant trade unionism being advanced into the tech and entertainment spaces in the UK.

Furthermore, it may have wider implications in the online spaces that are permeated by libertarian, individualist politics rejecting collective action. For progressives worldwide – this is a mobilisation worth watching.