The main cause of homelessness in Britain is no-fault evictions filed through Section 21 of the Housing Bill. Cllr Niroshan Sirisena argues a renter's union is the solution. 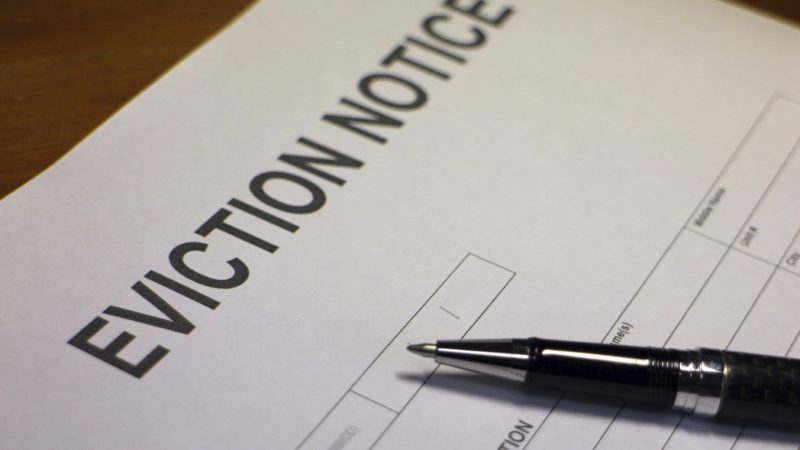 November 15th 1988. Whether you were around back then or not, this is a date of great significance for all – as it was the day Section 21 was enacted as part of the Housing Bill by the Thatcher government.

Almost thirty years on, Section 21 is the leading cause of homelessness in the UK.

Section 21 allows for “no fault evictions” – 1 in 5 homelessness cases are caused by the tenant being evicted despite not being at fault.

Whether it be for complaining about disrepair or big rent increases, “revenge evictions” are commonplace in modern Britain, with over 140,000 tenants being victims of revenge evictions since 2015 – over half of those who make formal complaints. In 2017 alone, around 500 people per week lost their homes.

Section 21 – the law which allows landlords to evict private renters with no cause – is destroying lives.

We are the first council in the country to demand this Tory Government End Unfair Evictions Now and scrap Section 21.

However, there are alternatives to the hostile environment for renters. Germany, Sweden and Scotland do not have no fault evictions and in several US cities, landlords who evict no fault tenants must pay them compensation.

What can be done?

Here in the UK, under a future Labour government, Section 21 will be abolished but until then, what can be done under this cruel Tory regime?

The End Unfair Evictions Now campaign, led by Generation Rent, ACORN, London Renters Union and NEF is calling for Section 21 to be scrapped.

Having already introduced a Landlords Licensing Scheme, Croydon was the first council in the UK to publicly call on the government to abolish Section 21, throwing its support behind End Unfair Evictions Now and giving me the opportunity to deliver my maiden speech seconding a motion on behalf of 11 million private renters nationwide.

Rather depressingly, the opposition chose to put up two landlord councillors, including their leader, to defend the indefensible by blaming tenants before I spoke. Despite the damage that they are doing with precarious housing or precarious work, the Tories are losing the argument – however, it is down to us to keep pushing a positive vision, keeping the volume dialled right up.

We are doing this by pounding the doorsteps and streets, talking with people about their rights and how to exercise them, by holding public meetings – and by campaigning online, conveying this message through the shared experiences of those affected by Section 21.

This is something that every Labour Party branch can be doing to connect with tenants within the private rented sector, arguably at the bottom rung of the housing ladder.

Yet renters need protection now. That is why the key message from Labour and End Unfair Evictions Now is to join a renters union.

Joining a union would give them access to the support and expertise they need to negotiate the hostile environment. Indeed, they could even set up a local renters union themselves.

This we can do before electing a transformative Labour government, who have pledged to seed fund renters unions.

So, the message is clear – get active in your communities by joining or forming a renters union and together, let’s start a Renters Revolution!

Niroshan Sirisena is a Labour councillor for Fairfield Ward, Croydon, and an organiser at The World Transformed.