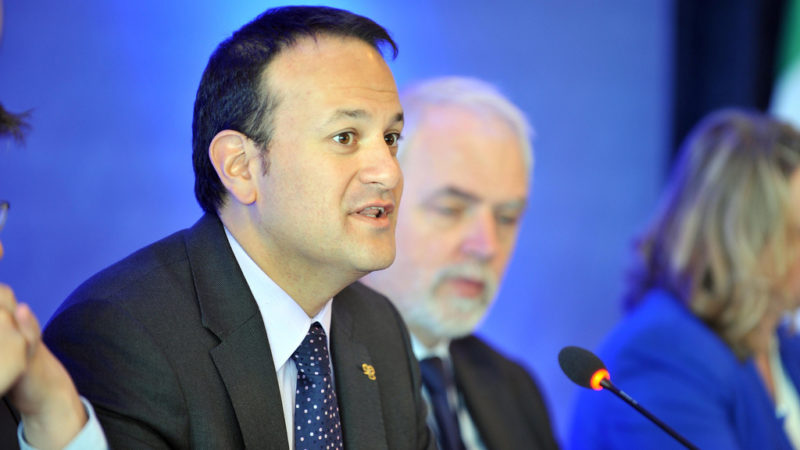 The Irish Taoiseach Leo Varadkar has today warned the UK that is cannot alone decide when the Irish backstop ends.

Varadkar is reported to have made these comments in a phone call to Theresa May. He has said that any deal that the UK strikes to leave the EU would not be “worth the paper it is written on” if it includes a time limit on the backstop.

The taoiseach has also urged the UK to “stand by its commitments” to ensure there is no hard border between the Republic of Ireland and Northern Ireland.

In an official statement released by Varadkar’s office, he said:

“The taoiseach indicated an openness to consider proposals for a review, provided that it was clear that the outcome of any such review could not involve a unilateral decision to end the backstop. He recalled the prior commitments made that the backstop must apply ‘unless and until’ alternative arrangements are agreed.”

This comes after backbenchers are pressuring May to ensure there is a time limit on the backstop. But there are significant worries that any deal or end to the backstop that would result in a hard border could threaten the peace process.

As it stands, the UK is set to leave the EU in March but one of the biggest sticking points is how to ensure there is no hard border with Ireland.

Varadkar’s comments come shortly after the Guardian reported that a “no deal safety net unit” is hastily being set up at Scotland Yard, which would cost over £2.4million.

The police have told the Home Secretary that leaving the EU might make it harder to track certain individuals suspect of or who have committed a crime.