"Shouting slogans at each other about safeguarding women, or trans women’s rights, is not a replacement for a discussion about how we improve conditions for all" 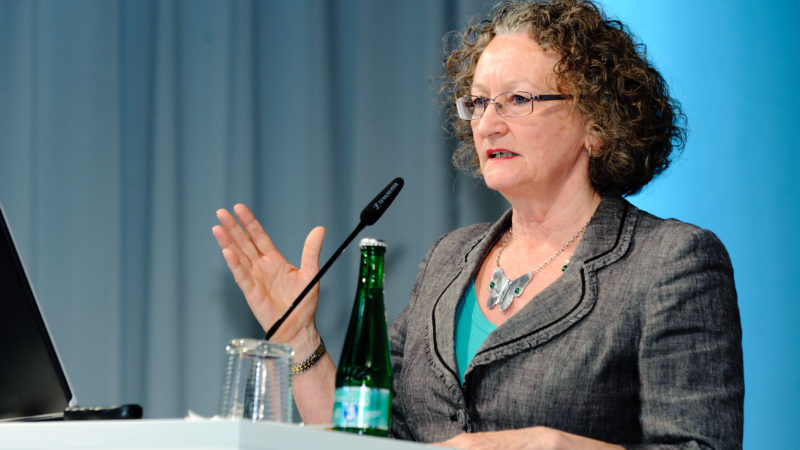 I love Green Party conference because we’ve always been such an open, democratic party. My vote, or a co leader’s vote, is worth the same as the person who joined a few weeks before. We aim for consensus. We aim for inclusion. We aim to be positive.

Therefore, having TERF scrawled over the top of my crowdfunder leaflets while my information stall wasn’t staffed was a bit of a shock.

TERF stands for Trans Exclusive Radical Feminist and is commonly used by trans campaigners to describe women who defend sex-based rights and separate spaces. Unfortunately, it has become a way of ‘othering’ people and making them easier to dismiss and attack. The problem with this became very apparent when a tweet suggesting we ‘punch a TERF’ as an act of solidarity with trans people, was liked by over 4,000.

Such threats against women stopped being ‘jokey’ when a woman was assaulted in Hyde Park last year by a trans rights campaigner while she was meeting with other gender critical women.

I completely accept that the abuse cuts both ways and people on both sides receive the most horrible personal attacks. It has to stop and we have a duty to raise it with our colleagues and friends when we see them getting angry.

How we conduct ourselves at a personal level is important. For example, I don’t approve of mis-gendering, or dead-naming people. When I chair conferences of engineers, or other professionals, I always get a few bemused looks when I say that I will call women to speak first and that includes any trans person who wishes to ID that way. That to me is positive politics.

My big hope is that we can find a way to have a debate which allows people to explore the gender critical arguments while being trans positive. A debate is definitely needed. I don’t agree with everything I retweet, but I will defend the right of long-standing feminists, or highly respected LGBT activists, to voice their views and not get bullied into silence. That makes me a transphobe for some, but a democrat for others.

Recently, I asked the government when the Lords was going to move into the modern era by adopting a more trans-positive approach and ending the simplistic divisions between ‘ladies’ and ‘gentlemen’. I didn’t get anywhere this time, but I’m sure the pressure for change will grow and I will try again in the future.

A lot of the focus is on the big differences and fears expressed by both sides. I would prefer that we dealt a bit more with the practical stuff. How do we as reasonable people find the common ground when talking about access to services, funding and making physical changes to buildings, etc.  For example, women’s prisons (like men’s prisons) are chronically under-funded, inadequately staffed and failing.

Shouting slogans at each other about safeguarding women, or trans women’s rights, is not a replacement for a discussion about how we improve conditions for all.

Baroness Jenny Jones is a member of the House of Lords for the Green Party.