The end of the Daily Politics reflects sweeping cuts to the BBC's political output. And while the Beeb isn't perfect, it's vital for democracy, writes Michelle Stainstreet. 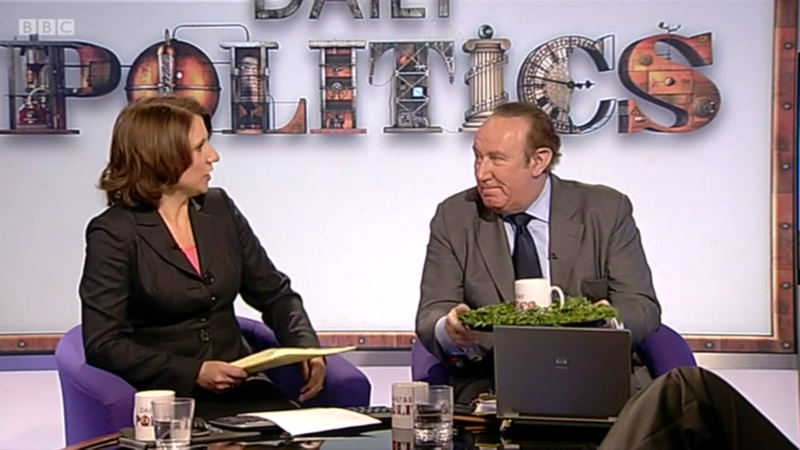 With the last Daily Politics aired on Tuesday, and a shorter Sunday Politics planned, the BBC’s cuts to parliamentary coverage shouldn’t just be of concern to policy wonks and political junkies.

These are just two examples of the BBC’s slashing of parliamentary and political coverage. This at the time when Brexit negotiations are nearing crunch time, the Chequers deal is being shredded by all quarters, ministers are doing back-door deals on the death penalty, and government whips are playing dirty tricks.

The British public needs to fully informed, with analysis by experts who can tell the news in a non-partisan way.

For the first time, BBC Parliament will not be on air during the weeks when the UK Parliament or the devolved Parliaments are not sitting, and the channel will lose all of its original programme-making and a third of its already-small small editorial team.

Programmes to be cut include:

These programmes are made on a shoestring budget and are well-received by audiences: BBC Parliament’s annual budget is £1.6m, compared to nearly £50m for the BBC News channel and over £1bn for BBC1.

The cuts mean the channel will now concentrate solely on live and recorded broadcasts of the House of Commons and the House of Lords, some select committees, and the proceedings in the devolved parliaments and assemblies of the UK.

Currently, these broadcasts are accompanied by on-screen information captions explaining to the audience how parliamentary procedure and legislation works, in line with audience feedback calling for more information. These cuts will result in the channel being unable to provide much of this information – making Parliament even less accessible to voters.

These cuts are all part of the £800million-plus savings the corporation says it has to find.  A deal cut with the former chancellor, George Osborne, leaves the BBC with the bill for free licence fees for the over-75s; £1.3bn over five years, then £750m each year.

Staff at the corporation say the diminution of political coverage is not in the spirit of the BBC’s public service obligations and will be a huge disservice to viewers and listeners.

While many on the left accuse the BBC of right-wing bias, they are almost exactly matched by those who complain to the corporation of it being too left wing. The BBC isn’t perfect, but it takes its neutrality seriously.

In the present febrile social media world, the BBC is one of the bulwarks for democracy, reporting with integrity and it holds power to account while shining a light on the Parliamentary process.

It was once seen as controversial that cameras would be allowed into the House of Parliament’s chambers: today we rightly expect to have access to debates and select committee hearings and the expert comment to go with them as a matter of course.

As a union we will be fighting these cuts and will take action if there are compulsory redundancies. But others who care about political debate and democratic accountability should be lobbying Tony Hall, the director general, to think again.

Michelle Stanistreet is General Secretary of the National Union of Journalists.