There is a lot of justified anger in the Commons after the Tory party Chair betrayed a pledge not to vote. Let's hope that anger turns into action. 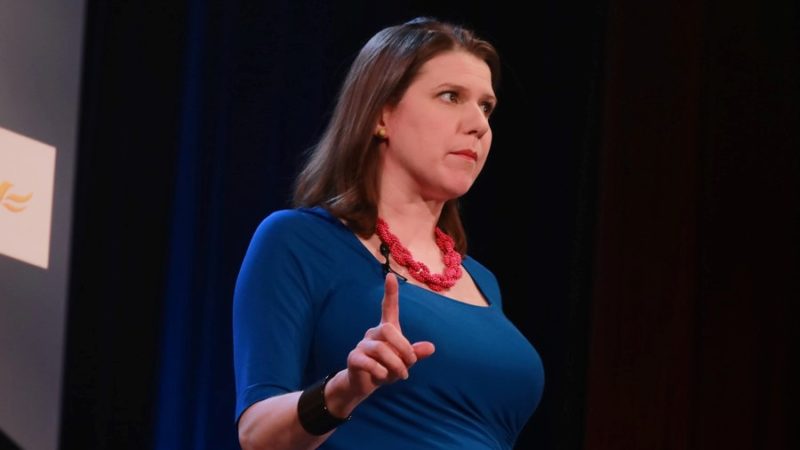 Last night, the government broke a bond of trust – indeed, one of the few that exists between the governing party and the opposition.

Lib Dem deputy leader Jo Swinson was at home with her three-week-old baby, so her ‘pair’, Conservative party chairman Brandon Lewis, had promised not to vote in a crucial Customs Bill division.

Because they’re on other sides of the lobby, this would cancel out Swinson’s inevitable absence. It is a long-standing policy based on fairness – but Lewis reneged on the promise, in a division won by just six votes.

Just how low will your govt stoop @theresa_may? When @andrealeadsom delayed proxy voting motions, she *assured* those of us who were pregnant that we would be paired when necessary. Today your govt broke that agreement – @BrandonLewis paired with me but voted. Desperate stuff. pic.twitter.com/CcgF7z8MOV

Of course, the incentive in a tight vote would be to break such a promise: to win the vote, and take the flak. So there’s got to be a better way of doing this.

As it turns out, there is: a new parent delegates a colleague to vote on their behalf (known as proxy voting). It would be in the open and agreed on their own side – negating the perverse incentive to break a ‘pairing’ and scrape a Parliamentary win.

That debate came to a head in the Commons on Wednesday – with the PM challenged to back change. The Mother of the House (the longest serving female MP), Labour’s Harriet Harman, told Theresa May: “Pairing is not the answer for MPs having babies” – and urged her to back proxy voting.

May’s response? To say the breaking of the pair was an ‘error’. “We take pairing very seriously,” she said, noting the government want to back parental leave for MPs. She said there must be proper consultation on the issue of proxy voting.

It’s not clear what is meant by the PM’s mention of ‘consultation’ – and journalists were no clearer after the post-PMQs huddle. .

But this isn’t going away. Harman quipped “with more babies coming, this change is overdue.” And she’s right – it’s hard for the PM to lecture businesses on gender pay gaps and inequality if our own Parliament disenfranchises new mothers.

When one MP tried to make that point, Commons leader Andrea Leadsom angrily countered that Labour were ‘trying to politicise the issue’. Given that the government benefited from last night’s breach, some might suggest the Leader doth protest too much.

In the Urgent Question debate after PMQs, Leadsom added:

“I am absolutely committed to ensuring that women will be able to spend time with their babies and the fathers.

“I will bring forward a debate in the September sitting…and we will make fast progress.”

MPs will not accept this being kicked into the long grass – not least with recess coming up next week.

How can pregnant or new-parent MPs rest assured pairing pledges will be kept in the coming days? Will the promised ‘debate’ feature a binding Parliamentary vote on introducing proxy voting?

There is a lot of justified anger in the Commons after Brandon Lewis’ vote. Let’s hope it turns into action.