Student accommodation residents are refusing to pay rent after health and safety complaints were ignored by London university management. 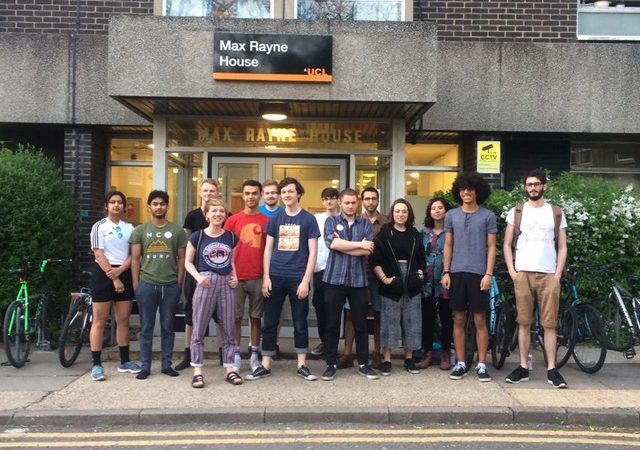 Young people living in a student accommodation building belonging to the University of London have been campaigning for better living conditions for over two years. Now they are going on strike for the third time.

Rents on the site start at £97.79 a week for a twin room, with a single room without ensuite bathroom renting at over £129 per week.

Complaints have ranged from bad WiFi connectivity and lack of running hot water, to flooding and rodent infestations. Organisers of the strike, UCL Cut the Rent, say the issues were reported but “have largely been disregarded or poorly managed by UCL.”

“At the heart of this issue is the fact that Max Rayne is UCL’s only affordable housing option for many students – particularly those from low-income backgrounds. Throughout the year, our concerns have been utterly neglected or dealt with slowly, and this sends the message that low-income students’ wellbeing comes at a price that we can’t afford.

“Other halls do not have the same problem. I balance two part-time jobs which contribute to my rent, only to come home and have a cold shower for three, maybe four days. The entire experience has been frustrating and disempowering.”

Over 50 students are taking part in the strike, with the support of the UCL Cut the Rent campaign, and official backing of UCL’s student union.

“These unnecessary and widespread issues highlight a systemic disregard for students’ wellbeing at these halls. We hope to achieve a satisfactory resolution as soon as possible.

“The fact that these are some of the cheapest halls at UCL does not make it acceptable to neglect them; in fact, not doing so shows an injustice against students from lower-income backgrounds, for whom these halls are increasingly the only options available. These problems have existed for over a decade at these particular halls and yet continue to be left unresolved by university management.”

Previous rent strikes at UCL proved successful with university management. Two years ago, the university’s accommodation department offered students £350,000 for bursaries applicable to the 2016/2017 year. In 2017, UCL promised to freeze its lowest rents, as well as increase the accommodation bursary for students from low-income households to £600,000 in the next two academic years. Concessions that added to a total of £1.5m.

“Seeing students going on rent strike in UCL halls six times in recent years has already strengthened the housing movement as a whole. We’re currently building a union of private renters, and it should soon become possible to adopt some of these tactics in the private sector: to push back against uncontrollable rents, housing insecurity, awful conditions and escalating dispossession and to win better conditions, cuts or caps on rent and more is huge.

“These conditions and high rents all come at a time where UCL is spending tens of millions of pounds on the ‘UCL East’ development. This expansion has been rejected by both the student and academic body of the university, culminating in votes of 94% and 97% respectively in no-confidence for the UCL Provost Michael Arthur, who is responsible for the pushing through of these plans and the financial mismanagement which accompanied it.”

Students are now demanding six weeks rent off as compensation for negligent management of the halls. Among the demands is also the call that the university builds new affordable student housing before it demolishes the Max Rayne and For Evans buildings, as planned.