Will the UK continue to use trade agreements to improve human rights after Brexit? 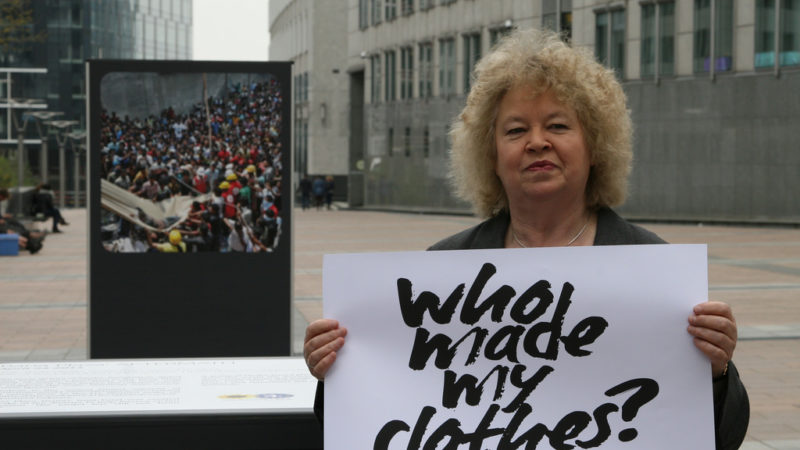 Five years ago this week, more than 3,000 people arrived to work at the garment factories in the Rana Plaza building in Dhaka, Bangladesh. It was just a normal work day, manufacturing clothes for big name global brands such as Benetton and Primark.

Many of the workers were aware the building was badly constructed; cracks had begun to appear in the walls. Some companies had told workers not come in. However, nobody foresaw the tragedy that was to occur. At 9am, the entire five-floor complex collapsed like a house of cards. Some 1,134 people were killed and another 2,500 injured – overwhelmingly women and children. It was one of the deadliest industrial disasters in history.

Sadly, the catastrophe was indicative of widespread problems across the country’s garment sector. In Bangladesh, 3.5 million workers work in more than 4,000 garment factories to produce goods for export to the global market. Some 85% of these workers are women, and they generate about 80% of the country’s total export revenue. Too often these workers are paid little more than minimum wage and face poor conditions. Sexual harassment and discrimination is widespread, and factory management can prevent the formation of genuine trade unions.

This February, I visited Bangladesh to follow-up on whether workers’ rights and factory safety have improved in the five years since the Rana Plaza disaster.

As Chair of the European Parliament’s South Asia delegation, I have made this trip a number of times – meeting politicians, trade union representatives, factory owners, and the workers whose livelihoods depend on bleaching, cutting and stitching our clothes.

It’s clear that the situation is still far from perfect. However, despite competing pressures on the government (including an influx of a million Rohingya refugees on its border with Myanmar), progress has been made in the fields of fire and building safety.

This is partly a result of the Bangladesh Accord, which was signed in the wake of the Rana Plaza building collapse, bringing together brands and trades unions and chaired by the ILO. The agreement commits more than 200 global fashion brands and retailers, who signed up voluntarily, to improve conditions in 1,800 factories across the country. In five years, it has had a direct impact on the lives of more than 2.5 million garment workers.

The Accord requires brands to disclose which Bangladeshi factories are in their supply chains. They must also conduct independent building inspections, provide training on workers’ rights, and ensure that all have the right to refuse unsafe work. Most importantly, the agreement is legally-binding. Last year, two unnamed fashion brands found themselves in the dock at The Hague, forced to pay significant settlements after flouting the terms of the Accord.

When the agreement expires next month, it will be replaced with an updated version. This will build on the foundations of the original deal, and extend protections to workers who manufacture non-garment textiles. Each of the major UK signatories to the initial Accord have now re-signed (finally, Sainsbury’s).

However, a number of non-UK brands have so far refused to put pen to paper, including Abercrombie & Fitch. The worst offenders are arguably those who failed to sign the first Accord and continue to ignore the existence of the new deal – the likes of GAP, Nike, Levis, Decathlon and VF Corporation (owner of Vans, Timberland, Wrangler and The North Face).

The dedication of some brands and factory owners is helping to change both attitudes and peoples’ daily lives in Bangladesh, and the impact that the Accord has had on building safety in just five years is unprecedented. Most factories covered by the policy have now completed over 90% of the renovations required following inspections.

Importantly, the Accord does not only raise questions for Bangladesh. Across the world, millions of garment workers face dangerous and discriminatory conditions. If brands and retailers in the sector are serious about improving workers’ rights, they should be seeking to apply the principles and framework of the Accord elsewhere.

The UK Government would also be advised to pay attention to the principles of the Accord. During my years working within the European Union, I have been proud of its genuine commitment to improving workers’ rights worldwide.

Will the UK continue to use its trade agreements to improve human rights elsewhere after Brexit? Unfortunately, I fear that the leaders of our new “global Britain” only have their own interests at heart.

Jean Lambert is the Green Party MEP for London and is Chair of the European Parliament’s South Asia delegation.