The Cambridge Analytica revelations are another sign that the social network is not acting in the interests of the community. For Facebook to be a real social network, it needs to be owned by those who invest their personal lives in it. 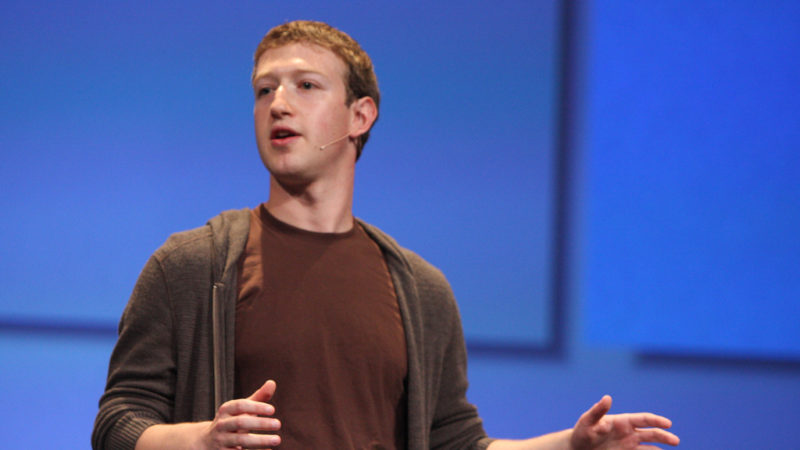 The Cambridge Analytica scandal must be quite high on your newsfeed right now – and I am sure you must have got a notification about your stock price falling.

But now that millions of Facebook users have had their private information harvested, perhaps it’s time to post an update.

For a social network, your company has been guilty of some pretty anti-social behavior: failing to report a data breach that led to electoral manipulation and which, in all likelihood, affected the outcome of the US presidential election.

I must salute your recognition of the extraordinary ability of the internet to bring us closer together as a global community. What’s not to like about this? But the initial enthusiasm for social media as a tool to liberate the oppressed masses has been tempered by a decade of experience.

The emergence of ‘fake news’ and the manipulation of millions has shaken many of us who believed in the idealism of free and open discussions across the globe on equal terms.

While it is of great concern that around half the people in your country chose a racist bigot for president, I think it’s important to recognise that in the US, as in the UK, millions of citizens share your vision of the world as a global community.

And the rapid spread of information communications across the globe has indeed helped engender a feeling that those living very different lives, thousands of miles from us, are none-the-less our neighbours. Certainly, this is one of the most important developments of our age.

But I believe it is also the case that Facebook has contributed to the sense of being losers in the process of globalisation.

Being able to watch constant entertainment or communicate with virtual friends has not been an adequate substitute for meaningful work or genuine human interaction; vital facets to feeling part of a real human community.

People are also unsettled by the decline in basic infrastructure and the under-investment in public services. This is partly the result of corporations avoiding paying the taxes for the services that they themselves depend on.

Your company, together with other new-age giants like Google and Apple, have all tried to avoid paying their fair share of tax. Engaging in philanthropy is no substitute for paying your taxes. Of course the Bill and Melinda Gates Foundation, the most famous and impressive example of tech company philanthropy, is doing a great deal of good, and I am sure the Chan-Zuckerberg Initiative will too.

But this is based on what a single entrepreneur and his family decide are our social priorities. In a democracy, companies should pay taxes so politicians, elected by the people, can decide how money is spent.

And here is something that you need to get messaged about: it is actually the members of Facebook who create its value. Where would you be without people’s touching stories and entertaining photographs? How can it be right that you and your corporation extract all that value from human creativity and call it your own?

So, I call on you to increase the breadth of your vision and imagine a world where people matter more than profits. Why not follow the example of John Spedden Lewis, who passed his company on to a trust whose purpose was the happiness of its employees?

For Facebook to be a real social network, it needs to be owned mutually, by those who invest their love in it. As long as Facebook remains your personal property it cannot fulfil this vision.

I’m sure you’re too young to remember the famous Coca-Cola advert from the 1970s which was called ‘I’d like to teach the world to live in perfect harmony’. This also felt very visionary and created an aura of peace and love that was in tune with the times.

As it turned out, Coca-Cola was stealing water from villages in India, threatening not just their livelihoods but their lives.

Your vision of a global social network leaves me just as disappointed. I think it’s time to schedule a change of direction.

Molly Scott Cato is Green MEP for the South West, and a member of the European Parliament’s inquiry into financial crime, tax evasion and tax avoidance.