As the leadership prepares to budge on Brexit, any change must deal with the big questions of identity and our constitution. 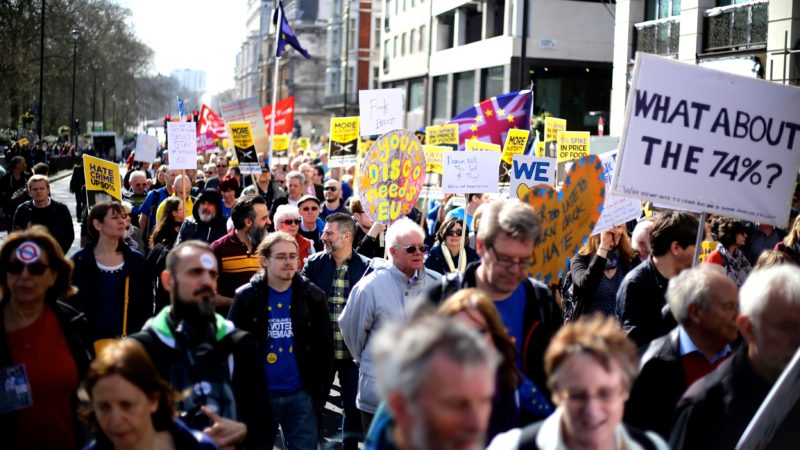 Labour party policy may be about to shift in a big way on Brexit. But will it be grounded in the right reasons?

Jeremy Corbyn recently hosted a summit with senior shadow cabinet colleagues to weigh up a potentially major change in its Brexit policy.

Then followed fresh documents by Whitehall officials, highlighting the steep economic cost of leaving. All of this can only lend force to a proposed policy u-turn.

The obvious conundrum for Labour is this: how does the party respond to changed public opinion, particularly among its own supporters, without betraying its core working class members, a substantial proportion of whom backed Brexit?

But there’s a deeper question of democracy and identity: how does Labour avoid undermining its credibility as ‘the party for democracy’ if a policy u-turn is seen as a rejection of the referendum vote?

Lied to and misled by both sides, the vote was nevertheless a landmark exercise in direct democracy which pitched popular sovereignty against the will of Parliament – most of whose members voted to remain.

As much as anything, the referendum result was a vote against the political status quo – a  Westminster establishment that appeared no less remote from the lives of ordinary people as an unaccountable Brussels bureaucracy.

This is why Labour’s rethink about Brexit must look at the wider context. Brexit is about power, identity and belonging – not just about our relationship with the EU.

Policy calculations cannot be narrowed to an accounting exercise on jobs and trade. Merely restoring the status quo when Brexit was a vote against the status quo could backfire badly if issues of a failing democracy, a sense of powerlessness, loss of identity and enduring regional inequalities  are not addressed.

To do this, Labour must move on all fronts and embark on the no less vital enterprise of initiating a new democratic settlement between people and government. Local people and communities must be allowed to ‘take control’ and shape their own future.

In practice that means profound constitutional reform which delimits the power of parliament and places local government on an independent footing – beyond the meddlesome reach of central government.

The devolution settlement must also be secured, and proportional representation introduced to replace our present broken election system, so that people can genuinely feel – as they did with the referendum vote – that every vote counts and no vote is wasted.  These are major steps but by no means a complete list.

None of this can be achieved without the protective framework of a new written constitution. The obscure workings of our present archaic unwritten constitution – with its royal prerogatives, reserve powers and unelected Lords – provide easy cover for an over-powerful executive to dominate the legislative process on behalf of narrow vested interests.

Labour must live up to its claim to be  the party of democracy. Let it begin the task of re-invigorating our democracy and bringing about a written constitution – one that transfers real power from the centre to the regions and nations of the UK, allowing local people and communities to make their own decisions and shape their own future.

By restoring a sense of agency and connection to others, constitutional reform will do much to lance the boil of a polarised politics and increasing extremism that draws strength from the sense of alienation and disempowerment that so many feel.

Nothing less than this can assuage the growing resentment and rancour that millions feel about a broken politics.

Whatever direction Labour’s Brexit policy takes next – it must be rooted in this: democracy.

Gavin Barker is a writer and campaigner based in Cornwall.