Labour MPs need to call Brexit out for what it is - and demand voters get another say. 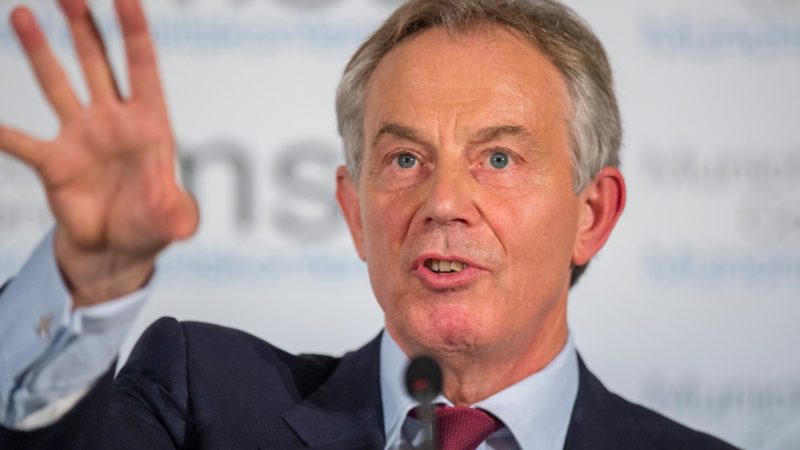 Last week, I was one of 70 south London Labour councillors to write to Keir Starmer.

We called for Labour to offer clear opposition to Brexit – and commit to giving voters the opportunity to review Britain’s relationship with the EU.

The letter detailed the ways in which the Brexit vote has harmed the communities we represent: the insecurity experienced by EU nationals, the difficulties local NHS institutions face in filling key posts, and how our poorest residents’ financial difficulties have been exacerbated by higher inflation.

If our appeal fell on deaf ears, Starmer surely heard the comments made by Andrew Adonis and Tony Blair. Adonis’ resignation letter called for a commitment to staying in the EU, alongside a “radically reforming government in the tradition of Attlee, working tirelessly to eradicate social problems.” Blair’s analysis argued that a changed context makes it reasonable for voters to revisit the Brexit question.

The three interventions were, at root, brought about by the same thing: a failure of leadership from Labour MPs.

Had the PLP as a whole been braver, there would have been no reason for us to write to Starmer. Had prominent MPs already united around an unambiguous anti-Brexit message, Adonis’ resignation would have been far less explosive. And had Jeremy Corbyn articulated as clear an alternative to Brexit as he has to other Tory-inspired initiatives, Blair would have fallen in behind him.

If Labour MPs are unable to muster the courage to keep the Brexit question open, they won’t find much support among party members: research by Queen Mary University shows that 78% of Labour members support a second referendum.

The appearance of organisations like Labour Against Brexit and Remain Labour underscores the determination of grassroots members to throw their energies into the campaign – with or without the support of their parliamentary representatives.

And yet the likelihood of bringing about a reconsideration of Brexit is so much greater if Labour MPs lead the effort.

The main reason why the leading anti-Brexit voices – Blair, Adonis, Alastair Campbell, Nick Clegg – have failed to hit home is not that their arguments are unpersuasive. Nor does it represent an unwillingness to learn from their mistakes in the Remain campaign (though this is undoubtedly a factor).

Their inability to inspire voters to reconsider Brexit rests, more than anything, on the fact that their speaking out comes at no personal risk.

As we’ve seen in the US, progressives can and should rediscover their assertiveness. In the case of Brexit, this responsibility rests with Labour MPs.

Challenging Brexit is far from risk-free. While there are clear signs that public opinion is shifting, the electorate has not yet decisively moved in favour of remaining in the EU. And with Labour ahead in the polls, and the government in a state of near chronic instability, MPs appear fearful of breaking rank on Brexit.

Yet break rank is exactly what they must do. Stockton South MP Paul Williams came very close to doing so recently, describing Brexit as ‘perhaps an existential threat to the NHS.’

If other Labour MPs share Williams’ view – that supporting Brexit is incompatible with the beliefs they hold most dear – they should say so, proudly and without delay. And they should assume leadership of the campaign to allow voters another say on Brexit.

James Coldwell is a Labour councillor in Southwark, south London.

15 Responses to “It’s easy for ex-politicians to speak up against Brexit. But where are Labour’s MPs?”