The MP was writing in support of the Tories child benefit cap, which aimed to punish those on welfare for having more than two children. 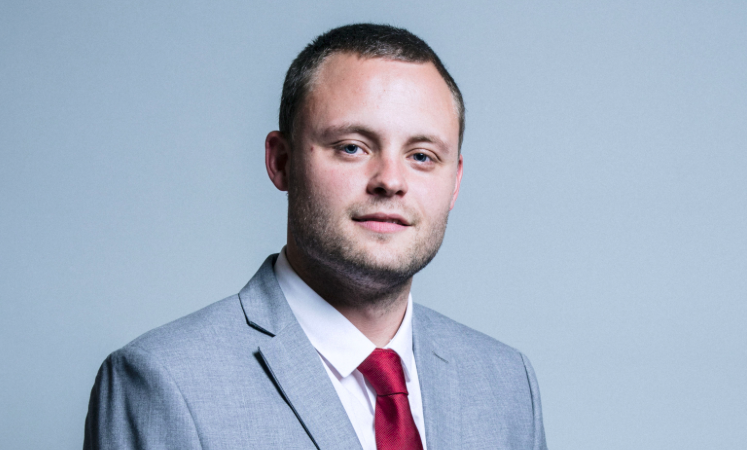 Ben Bradley, Tory MP for Mansfield, wrote in 2012 that benefits claimants should have vasectomies to prevent us “drowning in a sea of unemployed wasters”.

In a post discovered by Buzzfeed and now deleted from his blog Bradley wrote:

“Families who have never worked a day in their lives having 4 or 5 kids and the rest of us having 1 or 2 means it’s not long before we’re drowning in a vast sea of unemployed wasters that we pay to keep! … Vasectomies are free.”

Bradley was writing in support of the Tory government’s welfare reform proposals, that aimed to set a cap on total benefits families could claim.

The cap was finally introduced by Theresa May last January, and it was even lower than the proposed amount: total household benefits are now limited to £23,000 a year in London and £20,000 elsewhere, disproportionately sanctioning larger households with more children.

Bradley’s comments are the logical conclusion of this nasty Tory policy, which essentially tells those on welfare: if you’re poor, don’t have children.

This view’s been aired many times over recent years. It was expressed, though worded more carefully than Ben Bradley’s comments, by then culture secretary Jeremy Hunt in 2010. Hunt told Newsnight:

“The number of children that you have is a choice and what we’re saying is that if people are living on benefits then they make choices but they also have to have responsibility for those choices.”

When the mask slips however and the underlying view is fully expressed, the result is disturbing.

In 2008, for example, Tory councillor John Ward said those on benefits “breed for greed” and should be sterilised:

“There is an increasingly strong case for compulsory sterilisation of all those who have had a second child – or third, or whatever – while living off state benefits.”

“It would clearly take a lot of social pressures off all concerned, thus protecting the youngsters themselves to some degree, and remove the incentive to breed for greed, ie for more public subsidy.”

Only last week it was revealed that Toby Young (appointed to the Office for Students, now resigned) had attended a secret eugenics conference last year. Bradley’s comments are still more proof that beneath the spin, there lie some darkly regressive views in the Tory Party.