They're supporting giving sex workers the same rights and legal protections as other workers. 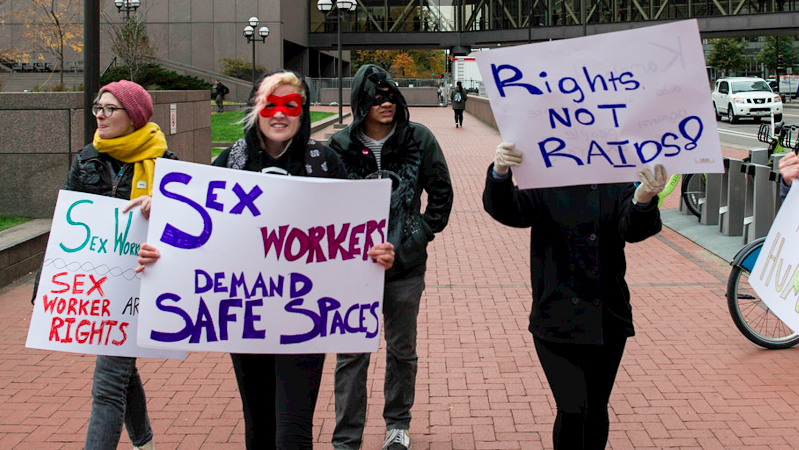 The GMB and ASLEF have come out in support of the full decriminalisation of sex work in Britain, the first major unions to do so.

A motion to the TUC conference in favour of de-criminalising sex work put forward by ASLEF has been endorsed by the GMB union.

The unions, which have a combined membership of over 600,000, are calling for the UK to adopt full decriminalisation, similar to the approach adopted by New Zealand, which since 2003 has provided sex workers with legal protections.

As it stands in the UK, it is illegal for people selling sex to share premises or organise work with others.

The unions’ backing of decriminalisation follows the recommendations of a Home Affairs Select Committee in 2016.

A meeting organised by ASLEF at the TUC conference in Brighton today called ‘workers’ rights are universal, time to include sex workers’ put forward the case for decriminalisation.

Laura Watson of the English Collective of Prostitutes argued that sex workers are no different to other workers, comparing sex work to other physical work:

Decriminalisation of the work would lead to better working conditions for sex workers, Watson argued: “there is violence. But the way it stands is that when sex workers report violence to the police, they are arrested for sex work themselves.” She added:

“The trade union movement has to decide whether it’s going to back workers in an industry, or back police powers and increased criminalisation against us. So please back the workers and the motion. Thank you.”

“The truth is you will never get rid of sex work and sex workers – people have been trying, and failing, for thousands of years – and we believe that sex workers, like other workers, need and deserve our protection.”

Motion 39 to the TUC conference will be heard and debated on Wednesday morning. Follow us on Twitter for updates.