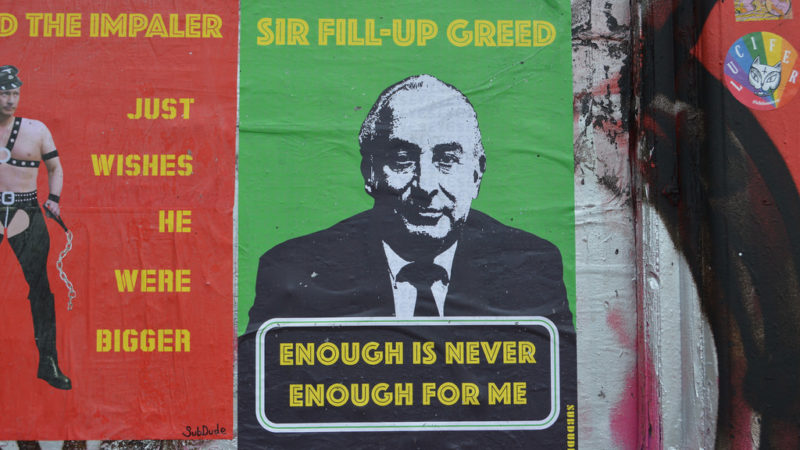 The Pensions Regulator has finally decided to prosecute a key figure in the scandal for failure to provide information sought by the regulator.

But sixteen months after its closure the BHS – one of the UK’s biggest retailers – there is little sign of any major reforms though the pensions regulator has just woken from its slumber.

Dominic Chappell (the figure being prosecuted) and his business vehicle Retail Acquisitions Limited had bought BHS for £1 from Sir Philip Green and his family in March 2015.

At that time, BHS accounts reported a deficit of £345m on the employee pension scheme. Sir Philip Green and his family had purchased BHS in May 2000 and extracted large amount of cash from the business in the form of dividends and a variety of transactions between the company and the Green family.

Administrators were appointed for BHS on 25 April 2016, followed by a liquidator on 2 December 2016. Around 20,000 past and present employees were left with a pension scheme deficit of £571m – which could have forced them to accept up to 77% reductions in their pension rights.

In early May 2016, the House of Commons Work and Pensions Committee and the Business, Innovation and Skills (BIS) Committee began a joint inquiry into BHS. A June 2017 report by The Pensions Regulator concluded that the main purpose of the sale of BHS by the Green family was to “postpone BHS’ insolvency to prevent a liability to the schemes falling due” – i.e. to avoid the pension liability. I

Then, in February 2017, the regulator persuaded Sir Philip to cough up £363m. No prosecution followed. Why not?

Yet the UK still does not have an enforcer of company law, and there has been no urgency from the government to change anything. In its usual lackadaisical way, the Financial Reporting Council (FRC), the accounting regulator, is investigating only the 2014 audit of BHS.

Too many BHS type of scandals have been buried, and more will follow unless there are fundamental reforms.

Firstly, we need workers on the boards of all large companies.

If workers had been present in substantial numbers on the board of BHS and its parent company, it is extremely unlikely that they would have accepted the continuous deficit on the pension scheme.

Financial journalists and regulators are often seduced by the presence of non-executive directors on company boards. The non-execs are often friends of directors and rarely challenge the board.

BHS’s parent company had two non-executive directors. One was Sir Philip’s step-son and the other (the chairman) was his long-time friend and legal adviser.

Toothless tigers need to be replaced by elected worker directors.

Companies should be made to treat employees as stakeholders. Section 172 of the Companies Act 2006 requires directors to promote the success of the company for the benefit of its “members” i.e. shareholders, though they must have a nodding regard for the interests of the employees.

This does not give employees an equal footing with shareholders and offers no protection. Company law needs to be revised to redefine the purpose of a corporation and its obligations to stakeholders.

Here are five other changes which must be made:

Another major reform needed is this: stop conflicts of interests, auditors should be banned from selling any consultancy service to their audit clients.

Between 2009 and 2014, PricewaterhouseCoopers collected £2.282m in audit fees and £9.04m in consultancy fees from BHS and its parent company. It advised on tax, pensions and other matters.

But the provision of consultancy increases their dependency on getting fees from a company – creating conflict of interests if that service is coming from auditors tasked with giving them a clean bill of health or not.

BHS and its parent company had been technically insolvent for many years – but no ‘red flags’ were raised by the auditors. Their files should be available to stakeholders so that everyone can see the extent of diligence, questions, time and audit effort by auditors.

Finally, the UK must have an independent and robust enforcer of company law.

All this has the potential to obstruct the occurrence of another BHS-type scandal. Ad while the Conservative government has shown little appetite for change, let’s hope the next Labour government will introduce these long-overdue reforms.

Prem Sikka is Emeritus Professor of Accounting at the University of Essex. He was an adviser to the Work and Pensions Committee for its investigation into BHS and related matters