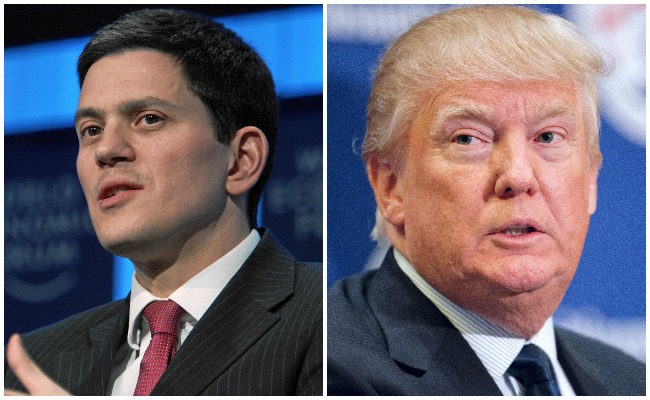 David Miliband has called on the US to ditch President Donald Trump’s ‘cruel and counterproductive’ freeze on Syrian refugees, calling the policy a ‘propaganda gift for extremism’ which damages America’s reputation.

The former Labour Foreign Secretary, who heads the International Rescue Committee, said the four-month moritorium on a refugee settlement programme – part of a package of travel restrictions – is out of step with America’s ‘founding ideals’ and should be scrapped before the fourth of July.

His intervention comes after a District Judge in Hawaii blocked Trump’s second bid for a travel ban on several Muslim-majority countries.

Miliband, writing in today’s Guardian, said freezing a sucessful refugee programme ‘is cruel and counterproductive, stranding some of the most vulnerable and most vetted people in the world’.

“When countries in the west refuse refugees from the Syria crisis, there is only one winner: those who would say that Muslims should never trust the US and other western countries, including Britain.

It is a propaganda gift for extremism to halt the slow flow of refugees into the western world.”

“Last week I visited Lebanon, a country home to 1.5 million Syrian refugees. People there find it laughable when western countries make a fuss about tens of thousands of refugees.”

Read the whole of Miliband’s piece in The Guardian here.

See: Six years on from Syria’s revolution, solidarity is needed more than ever