In a week of political crises, Womack sees opportunities for the Greens 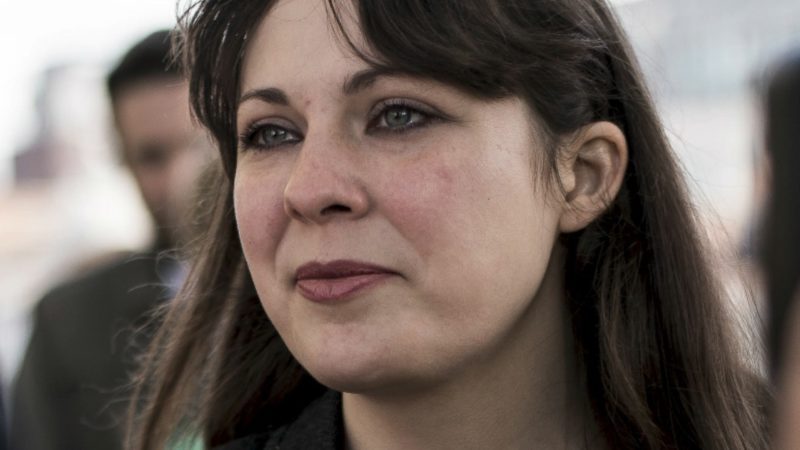 “Who would have thought?” deputy leader of the Green Party Amelia Womack asks, bemused. “It suddenly feels like you’d wish for David Cameron back. That he’d be the best Conservative in this lineup.”

Womack today announced that she will run for a second term as the Green Party’s deputy leader, but the close of nominations has, unsurprisingly, been overshadowed by the collapsing human pyramid that is the Conservative Party.

When I spoke to her this afternoon, the conversation veered between somewhat gloomy reflection on the referendum campaign and surprisingly upbeat discussion of the Greens’ prospects and plans.

Although many in the party are bitterly disappointed at the loss of the EU referendum, they have (like other smaller parties — the Lib Dems and the SNP in particular) responded with proposals for policy and reform.

“With the current situation where the political parties are in chaos, it’s a real opportunity to boost the Green Party to the next level,” said Womack.

“And having been there at the heart of the Green surge when our membership went from 22,000 to 66,000 in just a short few months, I’ve been working at the grassroots to really secure that activism.”

But while she may recognise opportunities in the chaos, there is no question but that Womack — one of the leading members of the left-wing Another Europe is Possible campaign — was committed to the UK remaining in the EU.

“One of the things that I’ve been proudest of is, as soon as the Tories got elected, realising that we were going to get catapulted into a referendum on the EU and taking the initiative.”

Does she have regrets about that campaign, considering that the referendum eventually went the other way?

“Not at all…I think the timing meant that we didn’t have enough time to campaign on a number of different levels [but] regardless of that, getting that message across was important.

Another Europe is Possible is continuing as a campaign, organising a demonstration of support for migrants and refugees early next month, and disseminating information about Article 50 and the renegotiation process.

But Womack is against triggering Article 50 just yet, saying ‘it feels a bit like we’ve crashed into an iceberg and that would be cutting off the lifeboats’.

Of course, when Natalie Bennett announced her resignation in May, the Green Party did not expect that its election would take place alongside races for the Conservative and (almost certainly) Labour leadership, and in the teeth of a possible General Election.

But Womack believes that the political storms that have hit the country demonstrate the Greens’ prescience.

Since Friday, the party has reiterated its commitment to progressive alliances in the next general election.

Yesterday, several senior party members wrote to the leaders of Labour, the Lib Dems and Plaid Cymru, inviting them to a cross-party meeting on the question.

“It’s been interesting to see how that’s gone from something that was seen as quite pie in the sky to something that’s essential within a month,” says Womack.

I ask whether the Green commitment to an alliance is contingent on who leads the Labour Party.

“It would hold true regardless of the leader,” Womack responds. But “at the moment I do support Jeremy [Corbyn] in his leadership….the membership supports him and that’s the democracy that really has to be accepted.”

While the country focuses on the candidates for Labour and Conservative leader, Womack is also focused on the Green Party leadership, and those she is likely to work with if reelected as deputy.

She is clearly supportive of Jonathan Bartley and Caroline Lucas, who are standing as joint leaders.

However, while Lucas, as the party’s only MP, is seen as the power player in the partnership, Womack speaks most warmly about the relatively unknown Bartley.

“Obviously Caroline’s track record is really strong, but for me I was never going to stand against Jonathan Bartley in the leadership having worked with him in the past and seeing what he’s been able to do at a local level, on a campaigning level as well as on a media level.

Womack herself was discussed as a potential leader, but as the youngest member of the current leadership team she doesn’t seem to be in any hurry to climb the ladder.

She was still a member of the Young Greens when elected two years ago, at the age of 29, and believes ‘it’s essential that at this time we continue to work for a politics that works for a younger generation.’

One Response to “Amelia Womack on running for deputy leader of the Greens, missing Cameron and backing Corbyn”