'Why would we recommend someone who won't meet us?' 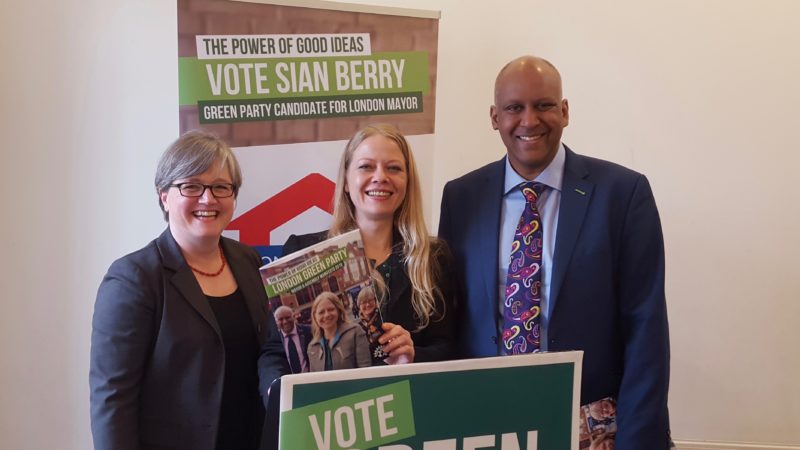 Some people seemed surprised, or even shocked, that the London Green Party would fail to recommend the Labour Party’s Sadiq Khan as their second preference in the Mayoral elections.

The decision came at the end of a process lasting several weeks where red lines were agreed, both Zac Goldsmith and Sadiq Khan were approached for discussions and public statements related to the red lines were carefully analysed. It was taken seriously by the London Greens because second preferences count.

The London Greens asked the so-called ‘front runners’ not to support policies that would make a bad situation worse on air pollution, climate change and social housing.

That translated into three specific red lines: end support for the Silvertown Tunnel and other big new roads; end support for airport expansion anywhere in the London area; and don’t reduce the amount of social housing by demolishing estates.

A fourth red line was a more general measure of the candidates desire to reduce inequality.

The failure of Sadiq Khan to engage with the red lines was in stark contrast to his predecessor, Ken Livingstone, who spoke at well attended meetings in order to persuade Greens to vote his way.

That support was mostly given, but it was never guaranteed. For example, Ken Livingstone and the Greens disagreed on road building, so Green Party members of the London Assembly helped local people to successfully block his plans for a six-lane motorway bridge at a public inquiry.

However, there was agreement and joint working in many other areas which helped Ken Livingstone secure the recommendation. It required everyone to step across tribal boundaries, and Greens are prepared to do this for the common good.

In Sadiq Khan’s case, he wouldn’t meet with us. He wouldn’t pledge practical support to residents having estate demolition forced upon them by Labour councils. He supports the expansion of Gatwick airport. He clearly didn’t want our endorsement and didn’t merit it. So he didn’t get it.

Zac Goldsmith didn’t engage either, which should have made it easier for Sadiq Khan. Goldsmith’s desire to build big new polluting roads and the failure of his manifesto to really tackle air pollution came in spite of his background as an environmental campaigner.

His belief that demolishing council estates is an ‘ethical obligation’ contradicts his claimed commitment to localism. The vile and negative nature of his election campaign may also influence many Green voters who might otherwise have given him their second preference.

In 2012, the Green Party’s Mayoral candidate got 100,000 votes and came third. A far larger number voted Green for the Londonwide Assembly elections (the orange ballot paper this time around) and guaranteed that for the fourth election running there was a strong Green voice at City Hall.

The London Greens are going from strength to strength, so why would we recommend someone from another party who says they won’t meet us to talk about policy and that they don’t want us to recommend them?

Labour supporters who feel put out that the Greens are not backing them with a second preference endorsement should ask their own candidate for Mayor why he didn’t engage with us or pick up the phone to hear the case for saving Cressingham Gardens.

Or perhaps they could have lobbied their candidate themselves to meet with us and discuss our policy commitments – all of which were things any Green-leaning Labour member should have been keen for their candidate to adopt.

In the end, Londoners who are backing Sian Berry for Mayor can decide for themselves who is the next best candidate.

They may also decide that whoever is Mayor, a group of elected Greens on the London Assembly will be the best way of ensuring that lots of positive ideas get pushed forward and that all those new roads and estate demolitions have at least some strong opponents in City Hall.