Amid the reports of violence from a minority of refugees, it is important to remember our duty to help those in need 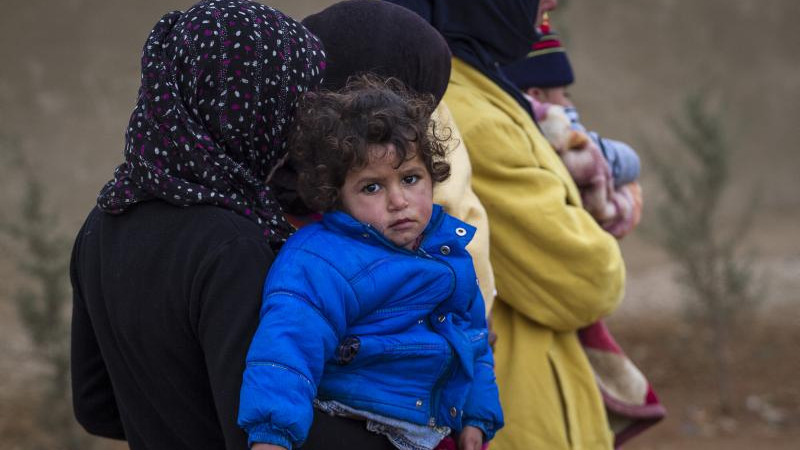 Disturbing reports emerged on Monday from Sweden, where a young woman working in a migrant camp near Gothenburg was stabbed to death by a teenage asylum seeker. Alexandra Mezher’s death is a tragedy. So is what will inevitably follow.

Sweden was one of the European countries that initially responded positively to the growing refugee crisis. Despite being a country with a population of only 9.5 million, Sweden accepted almost 163,000 asylum applications last year, a third of them from Syria.

Some of the world’s most desperate people were knocking and Sweden opened its door. But Sweden is now beginning to feel the strain and with every violent incident reported – often with glee by Europe’s right-wing press – there is a growing and dangerous backlash against refugees.

Across the continent, the far-right is on the rise, fuelled by public concern over the refugee crisis. Such reports of crimes perpetrated by those Europe has taken in from war-torn countries only stir anti-refugee sentiment further. The latest YouGov polls put the anti-migrant Sweden Democrats at a record high of 28.8 per cent.

In Germany – another country that stepped up to the bar in welcoming refugees but is now facing a backlash – PEGIDA and LEGIDA have been on the rise. Violence against refugees is also increasing.

Die Welt reported in November that at least 104 violent attacks against asylum centers have been recorded in Germany in recent months, including 53 acts of arson. This is compared with 28 violent attacks in 2014.

“We are witnessing the worst wave of racist and right-wing violence in 20 years,” says Ulrich Lilie, President of Diakonie, one of the largest Christian charities in Germany, which operates asylum seeker housing.

Whilst seeking to defend migrants from violence and prejudice, crimes committed by refugees cannot and should not be swept under the carpet. To do so would be an insult to the victims, and ultimately to the detriment of the refugee cause and the vast majority who want to live peacefully in Europe.

In Germany authorities have come under fire for their handling of the sex attacks in Cologne. And in Calais, The World Weekly has learned of increasing levels of violence in migrant camps in recent weeks: gangs, mugging, pretty crime and clashes with police. Many refugees our reporter spoke to said they didn’t feel safe.

Amid such reports, anti-refugee sentiment has been been allowed to fester in the continent that only a few short months ago collectively mourned the death of Aylan Kurdi. But when we read these headlines, it is vital not to tar refugees in general with the same brush as the minority who have committed crimes.

Migrants who commit crimes should of course be punished according to the law as with anyone else. But when a Londoner steals from someone, are the tabloid press out in force to declare all Londoners thieves? Why is it so different for those who have come to our cities seeking sanctuary?

At the end of the day, successful integration is the key to creating more harmonious relations. When refugees find themselves cooped up in squalid, overcrowded camps in which their hopes turn to despair, violence and crime is surely more likely to breed.

“Things have got worse in the [Calais] camp,” an aid worker called Jess told The World Weekly‘s Ed Jonkler.

“But if you took 7,000 people from the west, of different religions and cultures, and put them in squalid conditions, gassed and beat them regularly, on an area the size of a few football pitches, then what do you think would happen? It’s remarkable that there is still so little trouble inside the camp.”

Despite what the right-wing press would have us believe, the camp’s inhabitants are not accustomed to such degrading conditions. It would be far better to welcome refugees into society with open arms, give them good housing, provide them with work and prospects and a decent life.

Of course, providing a decent standard of living for hundreds of thousands of refugees creates a strain on resources. In this, it is clear that some countries have taken on far more than others and that they need help.

Next to Germany, Austria and Sweden, the UK’s efforts so far have been pitiful. Despite being among Europe’s largest economies, Britain has taken in just over 1,000 Syrian refugees so far, the government tells me, and its promise to accept 20,000 by 2020 is far too little, far too late.

If some European nations are feeling the strain of the refugee crisis, the answer is not to raise the EU drawbridge, but for countries to work together to share responsibility and assist each other in managing the response to one of the greatest humanitarian catastrophes of our time.

Some ask why Europe should have to shoulder the responsibility alone – it doesn’t. The Syrian Civil War, which has already claimed over 250,000 lives, has displaced half the population, over 4 million of whom have fled abroad. Amnesty International reports that as of September 2015, 95 per cent of these refugees are in Turkey, Lebanon, Jordan, Iraq and Egypt.

The 1.2 million Syrian refugees in Lebanon  now comprise a fifth of the population, while Turkey hosts 1.9 million. EU countries must do more to help each other effectively respond to the crisis, but they must also do more to help Syria’s neighbours, upon whose shoulders the greatest burden rests.

Amid the reports of violence from a minority of refugees, it is important to remember our humanity, our compassion and our duty to help those in need. Yes, some refugees commit crimes. That is because – loath as much of the media is to admit it – they are human beings and some human beings commit crimes. It doesn’t mean we should turn our backs on all the victims of this crisis.

Salman Shaheen is editor-in-chief of The World Weekly

89 Responses to “The backlash against refugees is growing”