SNP ministers have been consistently supportive of each other 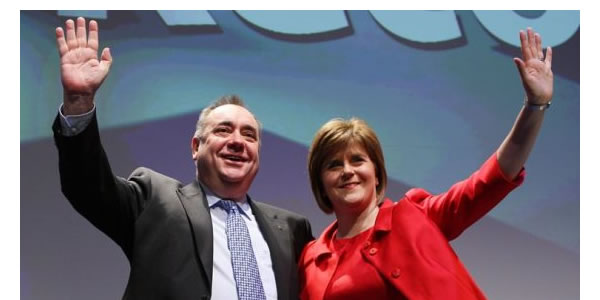 The speaker of the House of Commons has praised SNP MPs for being ‘very good parliamentarians’, but noted that they have not yet changed parliament itself.

In May the SNP won what amounted to a landslide north of the border, taking 56 of the 59 Scottish seats at Westminster.

Speaking at the Edinburgh Festival Fringe, John Bercow told those assembled that whilst he did not think the SNP ‘have changed parliament’, the significant thing has been that, ‘their parliamentary party has said something very significant by its behaviour since May about group solidarity’.

“They turn up in large numbers, they turn up very regularly, they turn up to support each other and a lot of them are already proving to be very good parliamentarians.

“It’s not for me to support the SNP or oppose the SNP and I wouldn’t dream of doing so, but I’m simply saying respect where it’s due.”

Speaking during the event, Bercow noted that the party had achieved a ‘notable political victory’ when it was praised for having forced the Conservatives to put on hold plans to water down the ban on hunting in England and Wales.

The speaker indicated also that the Commons could potentially change its traditions against giving applause in the chamber if MPs were in support of this.

In May, Bercow rebuked SNP MPs who began clapping during the response to the Queen’s Speech by its leader in Westminster, Angus Robertson. Questioned at the Fringe on this, the speaker explained:

The speaker also acknowledged SNP ministers’ victory on fox hunting vote”I think my attitude to that is if the House wants to change its procedures, it can, if they vote to do so.”