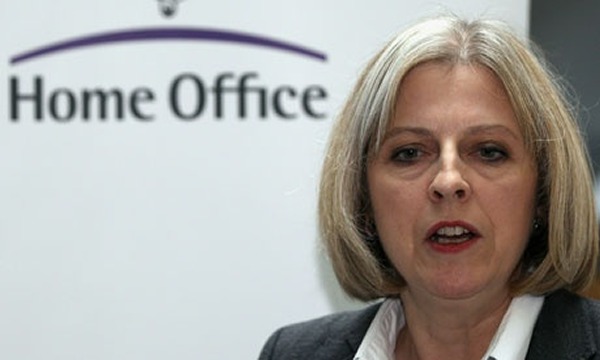 However there are sections of Britain’s Muslim communities that believe the world revolves around bizarre conspiracies. For them, seeing the wood from the chaff is increasingly difficult.

For example, a legitimate attempt by Faith Matters to engage with young people across the country – to see what impacts far-right and Al Qaeda or ISIS influenced rhetoric has on them online – has been portrayed by such groups as a ‘spying exercise’.

In reality it is an initiative to develop a report which can give young people at a grass roots level the opportunity to have their voices heard at a policy level.

It does not matter that the initiative will be resourced and organised independently by Faith Matters with no funding from the government; according to these conspiracy purveyors it is, as mentioned, a ‘spying exercise’.

This seems to be the over-riding narrative for them: that Muslim communities are hard done by and that progressive organisations that want to work with government – as critical friends – are the problem.

Such paranoia feeds a dangerous victim narrative. It also affects a sense of identity, integration and dare I say it, injects a desire in some Muslims to leave the UK.

About four months ago I was quoted in this article, leading to a flurry of bullying, abusive and slanderous comments from sections of Muslim communities which had previously praised the decade of work we at Faith Matters have done on cohesion, integration and supporting faith communities.

Some of these critics had used and quoted material from TELL MAMA, a national project I founded to support victims of anti-Muslim hate. This project which was supported for two years by central government (between 2012- 2013) provided material, data and information that many of these individuals, groups and activists used to shore up the fact that anti-Muslim hate and bigotry exists.

However after the Telegraph article their conspiratorial mind-set kicked in. This led to a campaign of smears, intimidation and hate directed at TELL MAMA – and directed at me in person.

These are the sorts of individuals who today attempt to hold sway and play to a victim narrative within Muslim communities. I regard such people as being part of the problem we have to deal with. These are the ‘Del Boys’ who trot out half-truths and peddle condiments that sicken and weaken Muslim communities through disengagement and introversion.

Instead of supporting the only project nationally that has produced tangible evidence of anti-Muslim hatred, these ‘Del-Boys’ of the Muslim world are only interested in the one occasion when we were invited to speak on a TELL MAMA report at the Quilliam Foundation – which we did, given that we will speak at any platform, (apart from extremist groups and those who have used prejudiced terms against whole communities).

This example sums up what they do. They are the Pied Pipers whistling a tune leading to further misunderstanding, greater barriers and a political cliff where disengagement becomes the norm.

The Quilliam Foundation is the bogey man used by these groups to smear anyone who does not dance to their tune (if only the Quilliam Foundation were that connected and powerful). Some of those pushing this line are characters who developed ‘media personalities’ through Twitter and who, thankfully, have been outed as the manipulative ego-centric people they are. Today they hide in the shadows posting items anonymously on Islamist blogs.

The time has come to take a stand against such groups. This does not mean there have been no problems in how counter-terrorism work has been developed and implemented at community level. There have; but what is the alternative proposed by the government’s critics? They simply have none.

Lastly, this does not mean practitioners like me have not made mistakes in our partnership choices on occasion. We are human and, sadly, mistakes do take place and we have to be honest and open about these when they take place since we have placed ourselves into the public sphere.

But the future is not all doom and gloom. It is – and should be – one where Muslim communities stand tall and engage with government.