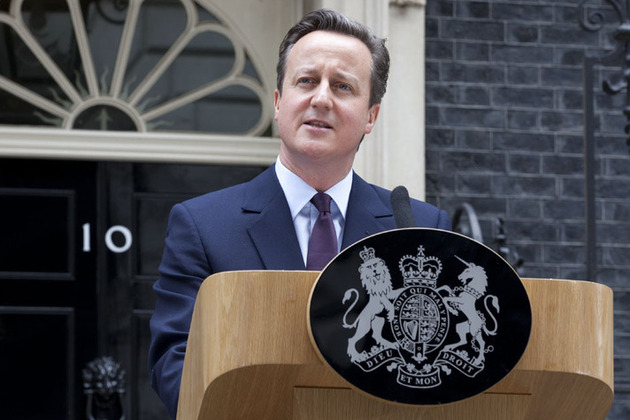 They say a week is a long time in politics. Two months is clearly a lifetime, but it was just two months ago that home secretary Theresa May said of the newly enacted Modern Slavery Act “it says to victims, you are not alone – we are here to help you.”

Now that’s scrapped. On Thursday, in his speech on immigration, the prime minister’s message couldn’t have been more different.

David Cameron promised to tackle immigration abuses that damage the UK labour market and pledged to punish undocumented workers with a series of measures to be set out in a new Immigration Bill in the Queens Speech.

To call these measures dangerous is an understatement. They vilify the exploited – many victims of modern slavery – and, even worse, will strengthen the hand of unscrupulous employers. The steps promised by David Cameron this week not only risk forcing undocumented workers into exploitative employment relationships – supposedly outlawed by Theresa May in the Modern Slavery Act – but will give abusive employers more weapons to theaten employees.

Modern slavery is the exploitation of people for their labour through deceptive or coercive means. It thrives on vulnerability, the ultimate triumph of power over powerlessness.

In the last parliament, the government rushed the Modern Slavery Act into law urging the importance of tackling this abhorrent crime. I and many others supported the Act, but raised concerns that it did not go far enough in preventing severe labour exploitation or protecting those who fall victim to such exploitation.

Despite serious reservations about the approach, all parties agreed on the ultimate goal to protect victims from abuses, to punish the traffickers who profit from exploitation and to make the UK a ‘world leader’ in the fight against ‘modern slavery’.

Hearing the prime minister yesterday makes the Modern Slavery Act seem like a distant memory, long since forgotten by this government. David Cameron laments the gangmasters who lure workers to the UK promising decent work and exacting exploitation, proposing a ‘labour market enforcement agency’ to crack down on ‘exploitation’.

In that he’s right, but the action will not target the slave masters who were prioritised just a couple of months ago; this time he’s blaming the victims who will pay for the abuses they have suffered on British soil. Their wages will be confiscated and then we’ll deport them. The nasty party is back and it’s turning up the volume.

All respected organisations working to address labour exploitation, including Focus on Labour Exploitation (FLEX) on whose Board I sit, have condemned labour market deregulation measures that shift the balance of power from the worker to employers, and allow employers to exploit workers unchecked.

The previous coalition government’s bonfire of regulations and red tape achieved just that – abuse thrived with fewer labour inspections and less protection for workers. So concerned was the government’s own Migration Advisory Committee that it advised ‘the counter-balance to a flexible labour market is to ensure that employers comply with the minimum protections for workers and that these are enforced’ without which, it said, migrants would be exploited.

This is not just a question of human rights, although many of our international obligations will be contravened should this Bill become law; but it also cuts to the core of the ‘productivity puzzle’ outlined by the Bank of England. Cameron has not only forgotten his modern slavery commitments, he has also failed to learn the lesson of the last five years – a sustainable economic recovery will not be achieved by propping up bad business with weak outputs.

This Bill will make it simpler for poor business models to thrive, models which depend upon cheap and exploitable labour, in the understanding that in Cameron’s Britain exploitation pays.

The truth is undocumented workers are not stealing jobs from British workers; they are instead propping up failing business models across the UK. This week Cameron’s message to would-be exploiters was clear: Britain is open for business.

33 Responses to “From targeting slave masters to blaming the slaves; the nasty party is back”