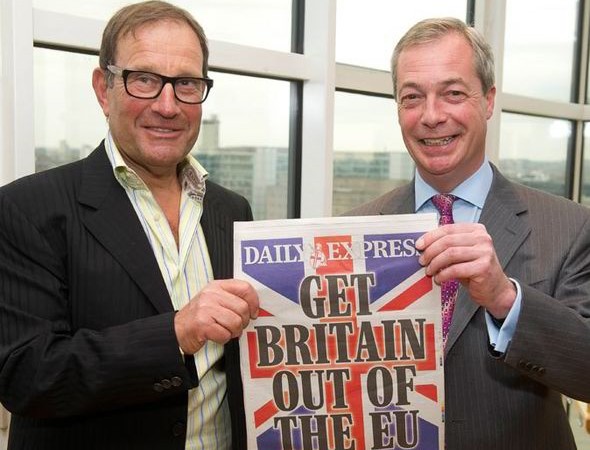 In our latest poll, we asked Left Foot Forward readers if they’d like to see a referendum on Britain’s membership of the EU. The majority (63 per cent) of respondents were opposed to a referendum, with 32 per cent saying they’d like one and five per cent undecided. 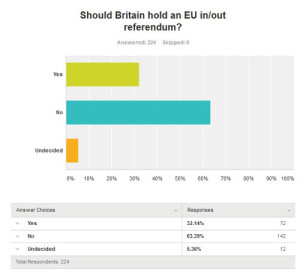 So how does this compare with other opinion polls on the issue? Most have focused on what people would actually vote for in the event of a referendum.

EU-sceptic Conservatives say that the knife-edge balance of public opinion means it is undemocratic to block a referendum. There are several problems with this argument. The first is that it’s cherry picking: we do not hold referendums on most public issues. There has not been one, for example, on TTIP; there was not one on military intervention in Syria or Libya.

The reason for this is that most of the electorate do not have a deep understanding of the intricacies of these issues; to build up a full picture of the economic, social, or security benefits and disadvantages of both sides would be a full-time job. What the electorate are exposed to is the simplified bias of parties like UKIP or the Eurosceptic press, who present an easily digested one-sided argument. The government cannot decide whether or not something is democratic based on whether or not it suits their aims.

Secondly, Britain’s membership of Europe is fairly low down on most of the electorate’s list of concerns. If it’s high on yours, you can always vote UKIP. UKIP have provided a voice for people unhappy with the EU; there’s nothing undemocratic about that.

Thirdly, talk of a referendum, whether or not it actually happens, is damaging in itself. The likelihood is that negotiating an EU exit would lead to a stock market crash and an economic recession. The Centre for Economic Performance have calculated the potential loss to GDP at up to 9.5 per cent; worse than in the 2008 crisis. This would lead to near-unprecedented uncertainty in the stock market in the run up to the referendum, and a loss of foreign direct investment in the UK, with investors concerned about a potential lack of exposure to the European bloc.

Fourthly, the European Union has over 500 million citizens. A UK exit would affect all of them. It is truly undemocratic to allow the UK minority to dictate the future for all EU citizens.

UKIP and right-leaning Conservatives have capitalised on the scapegoat potential of the EU; it’s an easy outpost on which to blame all of the country’s problems. Much of the press have been unforgivably alarmist in this respect; in November the sister of Alice Gross, the schoolgirl murdered by a Latvian immigrant, was forced to issue a statement asking the press to stop using the tragedy as political ammunition. Had we held a referendum in November, I am certain that a significant swathe of the public would have been influenced by coverage of the Alice Gross case.

And herein lies the problem with the EU referendum. The former EU commissioner Chris Patten called it a form of ‘plebiscitary democracy’; a platform for knee-jerk reactions on an issue which will affect the UK profoundly and indefinitely, open to manipulation and propaganda from interested players.