Bombs, cockroaches, HIV, backstabbing - what country is this? 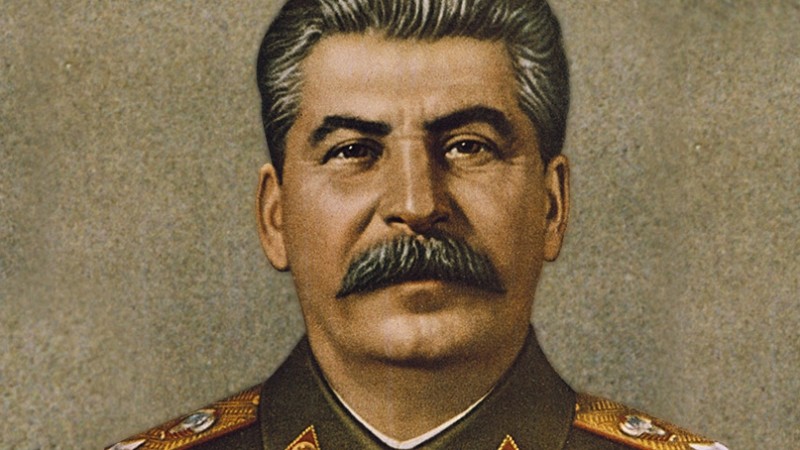 Yesterday, London Mayor Boris Johnson took to the pages of the Telegraph to say Labour’s plans for rent controls would ‘savage our cities faster than any bomb’. A few weeks earlier, defence secretary Michael Fallon wrote in the Times that Miliband was preparing to ‘stab the country in the back’ by working with the SNP.

Not to be outdone, the Daily Mail today came close to accusing Miliband of policies similar to those of Joseph Stalin.

as backlash grows over his plan to control the property prices 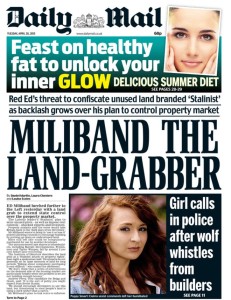 “Ed Miliband lurched further to the Left yesterday with a land grab to extend state control over the property market.

The Institute of Directors describes the land grab as a ‘Stalinist attack on property rights’.”

I don’t see why any of them should be shocked. This policy has long been suggested by Labour, and was reported in the Daily Mail in June 2013, over two years ago.

The ‘Stalinist’ gag from the Institute of Directors is also at least a year-and-a-half old, printed a few months later in 2013 – also in the Mail.

The Mail doesn’t republish the full quote from the IoD, so here it is:

“Graeme Leach, of the Institute of Directors, condemned the plans, comparing them to Joseph Stalin’s notorious seizure of land from prosperous Russians known as the Kulaks.

‘Mr Miliband’s “use it or lose it” declaration is a Stalinist attack on property rights,’ he said.

‘The fundamental problem with the housing market is the public sector planning system, not private sector builders.

‘It’s hard to imagine a more statist solution to a problem caused by the state.'”

Thank heavens we have people like Mr Leach to protect us from dangerous ideologies.

So the Mail decided to dig up his non-ideological quote from 2013 and spread it across its front page today like butter on toast.

The paper’s readers, if they think about it, are unlikely to agree that capping rent for three years, or using compulsory purchase orders to build housing on disused land, are policies comparable to Stalin’s collectivization in Soviet Russia.

It’s also a bit surprising to see the Mail abusing language in this way, and insulting the victims of Stalinism, after its earnest treatment of the subject when justifying its attack on Ed Miliband’s father, Ralph.

The paper might still be a little gun-shy about this after the huge criticism it received. Its editorial column today reads as if a redraft removed the words ‘Communist/Soviet tyranny’:

“Confiscating private land has chilling echoes of a banana republic.”

But the story is the latest example of the growth of outlandish rhetoric in political debate, usually expressed in print or on television.

From the ‘bombs’ and ‘backstabbing’ remarks mentioned above, Katie Hopkins’s ‘gunboats and cockroaches’ piece for the Sun, or Nigel Farage’s HIV-infected African migrants, public discourse is being dragged into the mud.

Whether good taste prevails will continue to depend on how the reading public responds.

No talk of immigration? What planet is the Daily Mail living on?